Structural Changes in Fiscal Policy under the Crisis: Institutional Framework and Economic Outcomes 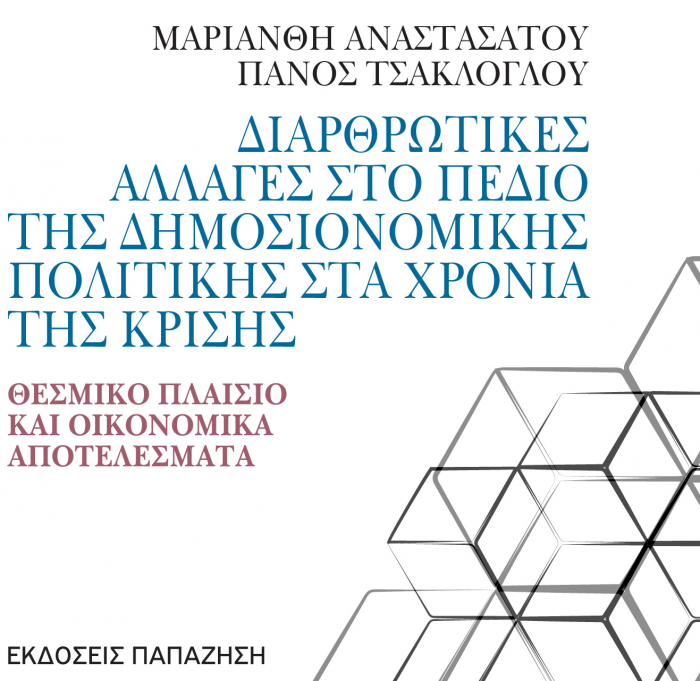 This study, conducted with the support of the A.G. Leventis Foundation by Panos Tsakloglou and Marianthi Anastasatou, investigates the fiscal reforms in the areas of Public Finances Management, meaning the management of the creation, approval, and execution of the government budget as well as the reforms in the pension system and the healthcare system since these two areas proved not only to be the primary source of fiscal destabilization for Greece due to their large deficits but also stand for almost 75% of the public expenses.

Specifically, the study observes that “the non-compliance of the fiscal targets was something common for the pre-crisis Greece” when the debt to GDP ratio was steadily above the limit of 60% that the Stability and Growth Pact (SGP) allows for. Namely, the problematic budgeting process, the weak state income due to tax evasion, and the distorted tax policy, as well as the extent and effectiveness of government expenditures, were discussed as the main causes of the country’s fiscal derailment.

You can access the full study, in Greek, here