Carnegie Europe debate: Can the EU ever be strategic? 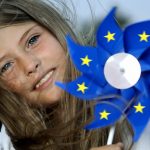 The question should be reversed: Can the EU have any kind of meaningful role without being strategic? The EU has not fared very well in comparison with its main competitors in terms of protecting its members and its citizens’ interests. Nor has the EU risen to the challenge of stabilizing its neighborhood. Furthermore, various crises have exposed a lack of geopolitical reflexes. And the EU is paying a price for those failures. Britain’s vote to leave the bloc has dealt a heavy blow to the EU’s unity and its capabilities in the spheres of foreign policy and defense.

Ironically, however, and in combination with the election of U.S. President Donald Trump, Brexit has also created a brief window of opportunity for the EU to reconsider its options and launch a new effort in various sectors of European politics, including defense and security. Acting collectively, the EU has the necessary economic weight but lacks the diplomatic and military weight to be a global actor. Both problems can be addressed, as the human, technological, and financial capabilities do exist. What is seriously questioned is the necessary political will—given that individually, no member state is sufficiently strong to flourish in this brave new world. The last wake-up call for Europe, perhaps.