The impact of Brexit on Greece 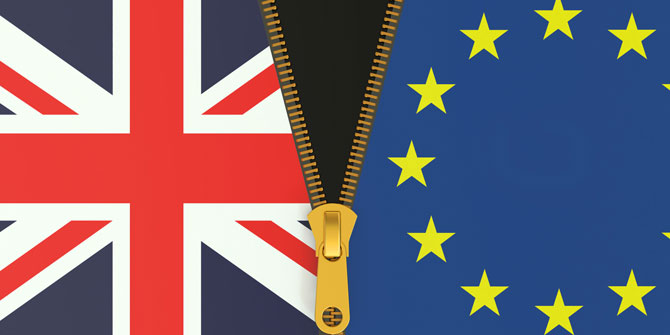 ‘Greece currently has its hands full with a twin crisis − continuing economic turmoil and an escalating influx of refugees. Despite such intractable problems at home, however, the prospect of Britain’s exit from the EU attracts considerable interest and is a frequent topic of discussions between decision-makers and academics.

There are several reasons for this, not least the important historical, political and cultural ties between Greece and the UK. There is also the concern from the Greek perspective that Britain’s exit would break an entrenched European taboo.

The assumption has been for many years that the EU and its institutions would grow ever larger. A Brexit would show it was possible for the EU to actually shrink, establishing a dangerous precedent for a country still haunted by the threat of an imposed Grexit. Greece is also aware of the wider significance of losing Britain from the European club. Athens has always been among the strongest supporters of a common European foreign and security policy. To stabilize its neighborhood and to be taken seriously at the global level, the EU needs, in addition to its soft power, some hard power capabilities.

Britain and France are the only European countries with the capability to project such power. In addition, the UK carries along a first-rate diplomatic tradition and influence in various ‘interesting’ parts of the globe. In some of these places, other EU countries lack sufficient influence. A Brexit would strip the EU of important military and diplomatic capabilities and would weaken its ability to eventually develop a meaningful and effective foreign and security policy.

Britain’s departure would just be the first step in a long and complicated process of disengagement from the EU and its institutions. Its relationship with the rest of the Union would need to be redefined and that process would be neither easy nor quick. Scottish plans to leave the UK and join the EU would further complicate matters.

All this will be taking place at a time when the rest of the world, and especially powers such as Russia and China, but also the new US Administration, will not only be watching the EU’s performance but testing its cohesion and willingness to remain an influential regional and global player. This will serve the interests of neither the EU, nor the UK. Finally, ‘losing’ its second largest economy will not be in any way beneficial for the EU.

Even if the UK decides to stay, Eurosceptics will still be influential and its relationship with the EU will probably remain problematic. Facing serious challenges and with enough Eurosceptics already in Central and Eastern Europe, the Union hardly needs another one. Greece is also concerned that too many exemptions for any member state will weaken the Union.

At the end of the day, however, the thinking in Athens is that the EU would be better off fighting its battles and sorting out its differences with a difficult member state such as Britain inside the EU institutions rather than outside the Union’