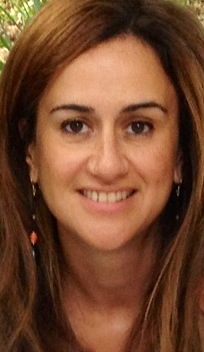 Greece has been treading a difficult path. Historically, support for the EU has come with tangible and intangible benefits: stability, prosperity, a protecting framework, a seat at the big table. However, membership of the inner sanctum, the single currency, has triggered following the ‘good years’ of consumption-ridden profligacy significant costs: an economy in disarray, excessively high unemployment and rising inequality.

Greece’s painful predicament, as it is called upon to implement its third and harshest yet adjustment programme, inadvertently conflates the ‘euro’ with ‘Europe.’ It thus turns a previously overwhelming record of support into growing disquiet and discontent regarding Europe’s ability to achieve its core objectives, including balanced economic growth, broadly based prosperity, and the well-being of its peoples. European crisis management over the refugee crisis is also taking its toll.  The country did make its own set of mistakes, yet burden sharing  -in relation to a problem that far exceeds Greece’s economic, institutional and absorption capacity-  has been amiss.

The decline in Greece’s EU support is symptomatic of a wider malaise. The EU has long lost its capacity to unite and to deliver: the absence of a finalité, a common destination goal, is fast becoming a liability, worsened by the lack of a shared narrative. For Greece, which has also seen trust in the EU decline to the low levels usually afforded to national institutions, the EU is transitioning from an anchor of economic and social progress into a stifling and debilitating constraint.

Greece has, of course, been far from a model student. Throughout its membership and in spite of substantial fiscal transfers, it has failed to catch up with the EU. It has been invariably blamed, particularly during the height of the sovereign debt crisis, for threatening the integrity of the euro and, by default, the EU. Today Greeks are caught between the costs associated with half-baked, austerity-filled bailout packages and the country’s inability to move beyond its weak structural and institutional set-up. For them, the EU should provide a roadmap for real convergence.

Critical in this respect is support for a significantly larger EU budget, extending its remit beyond investment spending. Greece has been left with zero fiscal space, a corollary of its tough fiscal commitments; it has also been left to fend for the prospect of future large shocks. Building up the budget constitutes a useful political half-way, it shields against the voices in the EU that would cry moral hazard and sets the scene for a future fiscal capacity. Greece’s endgame would, of course, be some form of fiscal union- assuming that it could withstand politically the requisite transfer of sovereignty.

A pro-integration country with limitations

The appetite for political centralisation, in the form of a European government, is limited however. Greeks also remain wary of the ascendancy of the intergovernmental method; it might have engineered the stability mechanisms that kept Greece afloat, yet it imposed an asymmetric adjustment agenda. Even a reformed Commission, broadly consideredan ally in Greece’s seven-year crisis would not do. The loss of democratic oversight over vital choices that affect people’s livelihoods translates into deep and diffuse distrust of the European project.

If the EU is to offer a credible exit from Greece’s adjustment conundrum, and a security framework to mend its fractured society, then it must re-think the way that it distributes costs and benefits. Post-crisis governance should do some fine-tuning of its own. This should involve a re-balancing of the current policy mix, the current ‘coordination’ of fiscal policies creates negative externalities that hinder growth; a repackaging of the Stability and Growth Pact in a fiscal sustainability frame, to ensure the long-term sustainability of public debt; an inclusion of social and employment indicators alongside macroeconomic ones in the European Semester, and a re-working of the application of rules to create the conditions for equal treatment- the economic imbalances of the big countries are left unpunished and/or they are allowed budget flexibility in line with their electoral cycles and other domestic concerns.

Greece, economically and financially beaten, has been banished to the periphery of decision-making. It still has the incentive to be an integration player however, not least because the EU has historically constituted its stabilisation and modernisation anchor. Hence, it would vouch for the swift integration of the digital, energy, and capital markets, giving its companies the tools to boost competitiveness. It would support moves to complete a real banking union, restoring the impaired credit channel and severing the damaging bank-sovereign loop. It would strive to make the European investment package more visible and more accessible, as the Greek economy is in need of a major reboot. In the end, Greece offers a useful lesson of its own when re-thinking integration or attempting to gauge Europe’s future. No amount of financial transfers or institutional support will work without the exercise of national responsibility. Reform should begin at home.