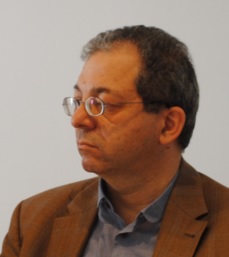 On most international assessments Greece’s democracy today seems to perform in a disappointing way, without explaining the reasons of and mechanisms behind that score. This paper argues that the rather low quality of Greek democracy is not and should not be associated exclusively with the on-going economic crisis. It should be traced to past legacies of the post-authoritarian period and the evolution of state-society relations since then. One cannot explain the low performance of Greece’s democracy, unless one looks more closely at concrete policy sectors where reform has failed or where there is a mixture of progress and failure over time. The paper focuses on three sectors, namely rule of law, mass media, and social inclusion, because they can provide a litmus test for the quality of democracy. Without substantive rule of law, citizens of democratic regimes may feel that they are subjected to the same arbitrariness from which citizens of authoritarian regimes suffer. Without the mass media standing above a minimum threshold of pluralism and freedom of expression in the media sector, citizens would have difficulty in telling the difference between dictatorship and democracy. And without a safety net, provided by a decent social inclusion system, the socially excluded would have no opportunity or motive to participate in democratic life.

The causes of Greek democracy’s under-performance may differ from one sector to the other. Yet there are also four common causes, summarized as follows:  a) Frequent government change at unpredictable time intervals as well as frequent cabinet reshuffling or management turnover at the helm of institutions entrusted with reform implementation within the life term of an elected government; b) Administrative incapacity and in particular lack of skilled personnel as well as administrative negligence of policy failures, owed to the lack of commitment shown by successive governments to reform; c) Under-funding or depletion of funds and other resources which have been channeled to priority targets selected not on evidence-based criteria, but on purely patronage-based criteria; and d) Resistance to reform by a strong coalition of popular social interests which benefit either from the status quo (e.g., highly protected insiders of the labour market with regard to pensions and other welfare benefits) or from policy inertia (e.g., mass media moguls with regard to TV licenses). Empirical evidence to support the paper’s argument includes comparative statistical data and references to legislation and historical turning points.