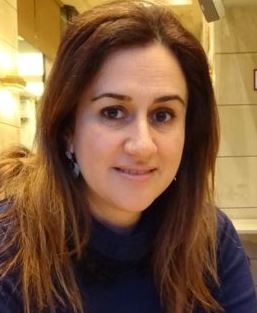 Greece’s non-performing exposure ratio is the second highest in Europe, largely linked to the unprecedented contraction of domestic economic activity in recent years. Causality is known to go both ways, with persistently high non-performing loans (NPLs) constituting a drag on credit and GDP growth. Theoretically, Greek governments keen to reduce the debt overhang and restore the productive pillars of the economy should have created the conditions for a rapid and effective workout of NPLs. The country’s third bailout programme has provided a road map for reform, with the Institutions bent on facilitating or enforcing ownership. Conditionality, anchored on a ‘reforms for cash’ logic, has reduced perceived or real margins for noncompliance.

In fact, NPLs resolution has remained a work in progress. Weak cyclical conditions tell part of the story. Democratic politics have collided with reform ownership. Electoral and non-electoral pressures, multiple veto points, and private sector resistance have undermined majority-backed rules and regulations. The current fully-liberalised framework has come about under conditions of severe stress – a heavy debt repayment schedule and the country’s dependence on bailout programme funds.

The Institutions have upped their game: outcomes-based conditionality has been central to boost and reinforce political ‘will’. In some cases, ownership has altogether been removed from government hands. Greek recalcitrance and the paradoxes of inaction, procrastination or limited response in the face of a glaringly unsustainable equilibrium cannot be discounted. The strongly directive elements of an externally-dictated process, however, raise questions about the political tradeoffs between prompt implementation, accountability, and the legitimacy of the Institutions’ design.

To enhance the framework’s credibility, scope, and effectiveness, the main stakeholders, regulators, elected politicians, bankers, and investors, will have to flesh it out and create the right incentives for engagement. After six years of seeking to build ‘ownership’, the Institutions have yet to link capacity with the broader institutional context, including the integrity of the legal and judicial process, the independence of regulatory agencies, and the transparency of business-government relations. They have also yet to own up to their role in the self-reinforcing negative loop of recession, deterioration of credit quality, NPLs creation.