HOMEACROSS – Space, memory and the legacy of the 1923 Population Exchange between Greece and Turkey 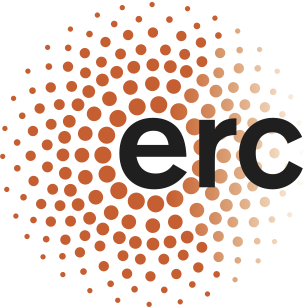 The 1923 Exchange of Populations between Greece and Turkey ratified the dislocation of over a million Greek Orthodox Christians from Anatolia and Eastern Thrace to the Kingdom of Greece, while hundreds of thousands of Muslims abandoned their homes on the Greek side to move to Turkey.

Resettlement was a massive challenge for both sides; the incoming refugees settled in the homes of the now departed, or lived in sheds and squats until the first housing projects were completed. Gradually they took over to repair, expand and reshape their dwellings.

During the following decades they made a permanent contribution to the rural and urban landscapes they inhabited, a contribution that is still largely understudied. As the centennial of these events approaches and while the Aegean continues to be a space of crossings, HOMEACROSS looks at the material legacies of the Population Exchange in Izmir and Attica, two provinces that received large numbers of refugees.

First, it records and studies the urban and rural sites of displacement and resettlement – whether new, re-inhabited or abandoned. Second, it raises questions of memory, based on oral accounts and reconstructed or reused monuments. As a great part of the oral history records belong to women survivors, it further examines women’s agency in preserving community memory. Last, in cases where current residents are contemporary refugees, it addresses current practices of homemaking as an additional layer of these spaces’ histories.

Combining extensive fieldwork, archival research and digital mapping technologies (GIS) to collect, analyse and visualise the data, this project explores a major event in the two sides’ national histories. While studies until now have mostly focused on the dislocation and the political events that caused it, this research investigates the refugees’ agency in shaping their surroundings, introduces new findings and new historiographical perspectives and contributes to a knowledge-based society.

Participation in a documentary filmed as part of the “Kleinon Asty” series, Alexandra Mourgou, 8 February 2022.