From Austerity to Prosperity 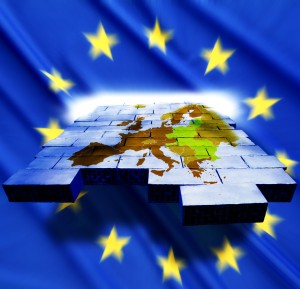 The Hellenic Foundation for European & Foreign Policy (ELIAMEP), in co-operation with research institutes: IAI (Istituto Affari Internazionali), DGAP (Deutsche Gesellschaft für Auswärtige Politik), CIDOB (Barcelona Center for International Affairs) and  Mercator participated in research project: ‘From austerity to prosperity’. From June until November 2013, the project (formerly “Escaping the Austerity Trap”) engaged in dialogue with emerging and re-emerging political actors and social movements in three southern member states (Greece, Spain and Italy). The aim was to discuss and converge on a paradigmatic shift from the austerity trap to a common prosperity project. By moving the terms of reference from austerity – for or against – to shared prosperity, the project sought to shed the cultural stereotypes that are fueling Euroscepticsm and intra-European divisions while at the same time developing concrete ideas to jointly exit the crisis, drawing on practical and grassroots experiences already at work across the member states, both north and south. Thus the focus was on the needed economic, political and institutional reforms rather than on the pros and cons of austerity vs growth policies, and on the European instruments and programmes that can complement national adjustment efforts.

Within this framework, a political seminar was organised in Berlin on 7 and 8 November 2013. The aim of the seminar was the presentation and analysis of the project’s results.  Greece was  represented by Director General of ELIAMEP Dr Thanos Dokos, SYRIZA MP Professor George Stathakis,  Independent Greeks MP and Parliamentary Spokesman of the Party Professor Notis Marias, Democratic Left MP Ms Maria Giannakaki and President of Social Agreement Party and former Minister Professor Louka Katseli.

You can read here the policy paper: Eurocriticism: The Eurozone Crisis and Anti-Establishment Groups in Southern Europe 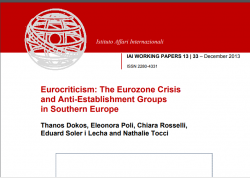 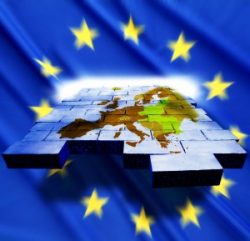