Elias Papaioannou is Professor of Economics at the London Business School and a research fellow of the CEPR (Centre for Economic Policy Research). He serves also as the academic co-director of LBS Wheeler Institute for Business and Development. During the current academic year, Elias serves at the Hal Varian Visiting Professor at MIT’s Department of Economics.

He holds an LL.B. from the law school of the National Kapodistrian University of Athens, a Master’s in Public Administration (MPA) with a concentration in international economics from Columbia University, and a Ph.D. in economics from the London Business School. After the completion of his doctorate in 2005, he worked for two years at the Financial Research Division of the European Central Bank. From 2007 till 2012 he served as Assistant Professor at Dartmouth College, while during the 2010-2012 he was a Visiting Assistant Professor at the Economics Department of Harvard University.

He was the inaugural 2013 European Investment Bank Young Economist laureate. His research has been recognized with the 2005 Young Economist Award by the European Economic Association and the 2008 Austin Robinson memorial prize by the Royal Economic Association for the best paper published in the Economic Journal. In 2018 Elias received a major European Research Council (ERC) consolidator grant for research on African political economy.

Random Testing for Covid-19 in Greece. The Time is Up! 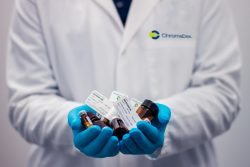