Turkish revisionism at a dead end: The conclusions of the special European Council meeting – By A. Manis 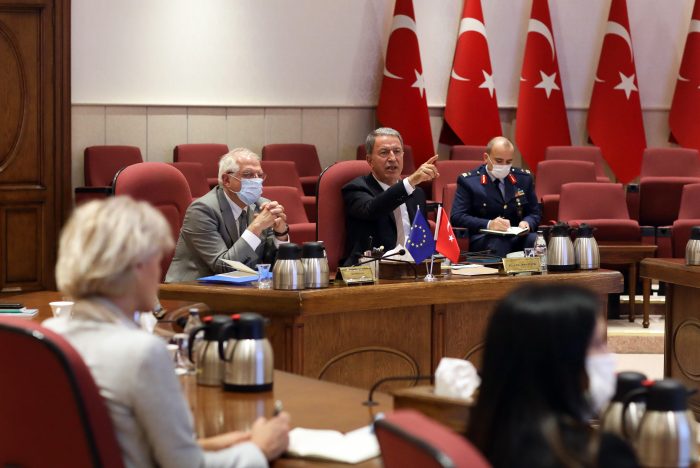 “It is up to Greece, to its leadership and political opposition to carry the weight of the decision to appeal to the International Court of Justice in The Hague. After Helsinki, the foreign policy chosen did not better Greece’s position when it comes to Turkey. Instead, the situation worsened and Greece has had to shoulder the political and financial cost of mitigating Turkish revisionism. A fruitful stance to take, and one based on international law, would be appealing to The Hague. This would construct a permanent barrier to revisionism in the Eastern Mediterranean. The conclusions of the special European Council meeting called for member states to coordinate an intense diplomatic response, so as to resolve the Greek-Turkish issue and Cyprus through negotiations clearly based on international law and the UN precedent,” writes Athanasios Manis, ELIAMEP Research Fellow, in his article for Capital.gr.