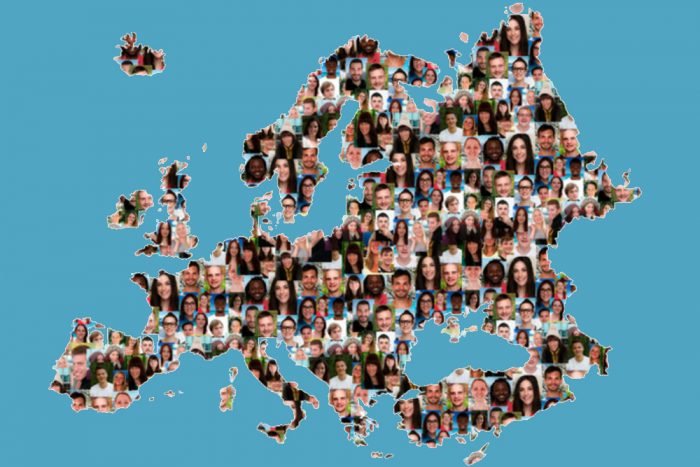 Professor George Pagoulatos, Director General of ELIAMEP, wrote an article for Greek newspaper Kathimerini on how does one define the European identity and the European way of life.

You can read the full article below:

Commissioner Margaritis Schinas had his portfolio renamed “promoting” rather than “protecting” the “European way of life.” It was a wise choice. The change may be subtle and the reaction from the apostles of political correctness probably exaggerated, but concern that the original wording might invoke a vision of “Fortress Europe” and be seen as a concession to xenophobic populists made the tweak imperative. And the new job description had a significant impact, recasting the debate around Europe’s identity and way of life.

On a global scale, we are living through the resurgence of group identities (racial, sexual, religious, ethnolinguistic) or the retreat to the narcissism of minor differences. “Rightsism,” practiced by individual groups seeking favorable treatment to offset long-standing prejudices, is a necessary stage of development toward more mature, liberal, pluralistic democracies. It wasn’t too long ago that demands for equal rights for women or homosexuals were considered scandalous and provocative. Progress is when yesterday’s unimaginable heresy has become today’s obvious reality.

This process toward the “evolutionary universal” of progress, however, has one major drawback: It provides a rich source of ammunition for populists. The bold assertive language of minorities in public life unites fearful sections of the majority against the perceived threat of what is alien and different.

Counterbalancing the “Balkanization” of our societies, broader encompassing civic identities seek to integrate and aggregate rather than separate and divide. The “protection” – or “promotion” – of the “European way of life” signifies exactly that. Thus, the Aegean fisherman, the Paris rapper, the Estonian technocrat, and the butcher from Krakow are united under a shared European way of living, more distinct than a simple cultural identity, more relatable than a bureaucratic nomenclature.

As an exercise in national and pluralistic diversity, the European way of life, under an EU polity, is built around principles and values: The rule of law, regulated markets, social solidarity, environmental protection, democratic rights, personal freedom, a tolerance of pluralism. I would add: moderation, a pursuit of balance, the resolution of differences through negotiation.

The list could be viewed as a litany of meaningless banality if those values were not at stake. We do not live in a world defined by the triumph of liberal democracy – and thankfully, one might say.

You tend to appreciate what you have when faced with the fear of losing it. Thanks to Donald Trump and other populists, European citizens can more vividly recognize the importance of an international system built on multilateral institutions, agreements and cooperation, public dialogue based on facts, public life built around moderation, humanity and tolerance. Thanks to the surrounding rise of authoritarian and illiberal populism (including within Europe), European life is no longer a dull gray status quo. It is rather the ideal that thousands of people in Europe’s neighborhood, in Asia and in Africa are risking their lives to obtain. As Commissioner Schinas elegantly put it, “Europe is a beacon of light in a world that is becoming darker.”

The existential challenge is indeed to defend Europe’s way of life. Not against the boats of desperate people who wash up on Europe’s southern shores, but in the face of the EU’s internal weaknesses, inadequacies and failures. Addressing the multiple insecurities born of global interdependence and the speed of technological innovation, catastrophic climate change, aging populations, disinvestment. These are conditions that challenge the European way of life.

Ultimately, the debate around European identity boils down to a pursuit of “European sovereignty.” As French President Emmanuel Macron put it in a recent interview with The Economist, faced with an America turning its back on Europe, China emerging as a global power, and various authoritarian leaders on its doorstep, the EU must perceive itself as a world power, or else be forever marginalized. Defending the European way of life is Europe’s collective ability to defend its own interests: in security, technology and artificial intelligence, the privacy of its citizens, the environment, industry, commerce, finance. Everywhere.