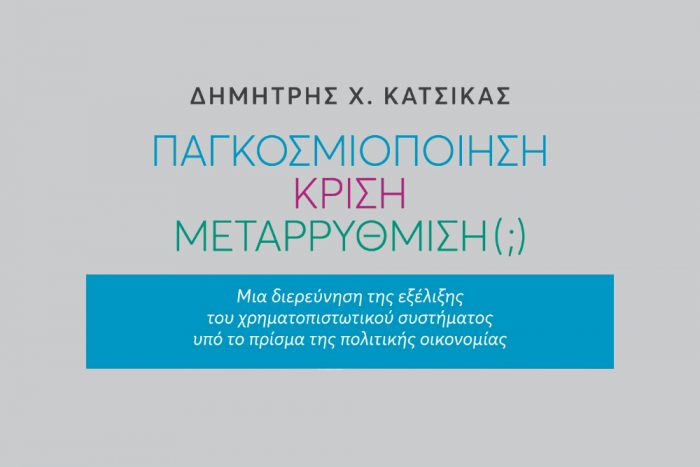 “Globalization, Crisis, Reform (?): An examination of the evolution of the financial system through the lens of political economy” is the title of the new book by Dimitris Katsikas,  Head of the Crisis Observatory of the Hellenic Foundation for European and Foreign Policy (ELIAMEP).

In recent years the financial sector attracted the attention of world public opinion and found itself at the epicenter of world politics. The financial crisis of 2007-08 destabilized the world economy and shook the beliefs that had shaped its development during the previous years.
After a decade, and despite the reforms that have been promoted in the meantime, financial stability is still elusive. The incomplete reform process, in combination with new economic and political developments in the aftermath of the crisis, have infused the international economic
environment with uncertainty.

The aim of this book is to make sense of the developments in the decade that followed the global financial crisis through the critical examination of the transformation that the global financial system has undergone since the 1970s. The objective is
to analyze the effect of this transformation on the central political economy stakes that characterize the operation of the financial system, in order to get a deeper understanding of current developments and the future prospects of the world economy.

The book of Dimitris Katsikas, is published (in Greek) by Papazisis publications.