Mitsotakis had a successful visit to Washington – interview with George Pagoulatos 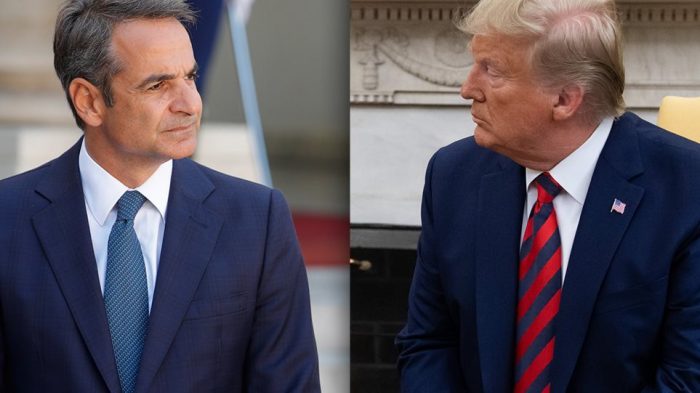 “It was not a triumph but there could be no such thing. President Trump is very unpredictable and he was never going to publicly condemn Turkey”, argues ELIAMEP’s Director General George Pagoulatos during his interview with the Radio station Parapolitika 90.1 regarding Greek Prime Minister’s Kyriakos Mitsotakis meeting with President Donald Trump. George Pagoulatos explains how positive it is that the Greek side managed to raise its own concerns and formulate its own narrative on the Greek-Turkish dispute. Pagoulatos refers to the new investment opportunities opening up in the Mediterranean and how they acted as a bridge between the two leaders and helped to make Mitsotakis’ visit successful. Pagoulatos also stressed that one should not forget Trump is making his own choices, choices that are not necessarily the traditional way past administrations have handled Greek-Turkish relations. Regarding an alliance between the two countries, he said: “What the Greek Prime Minister could do and did well, was emphasize that Greece is a stable, predictable, and reliable ally. Much more reliable and stable than Erdogan, whose impulsive moves make him an unpredictable partner in the region for the U.S.” He also brought up how Greece is a country undergoing change, it has turned a leaf and is open to investments and bilateral agreements both in the fields of security and energy, as well as in the economic sector. “In this sense, I think that the positive outcomes of Mitsotakis’ visit surpass any perceived failure in that President Trump did not explicitly condemn Turkey”, concluded George Pagoulatos.

You may find the full interview in Greek, here.