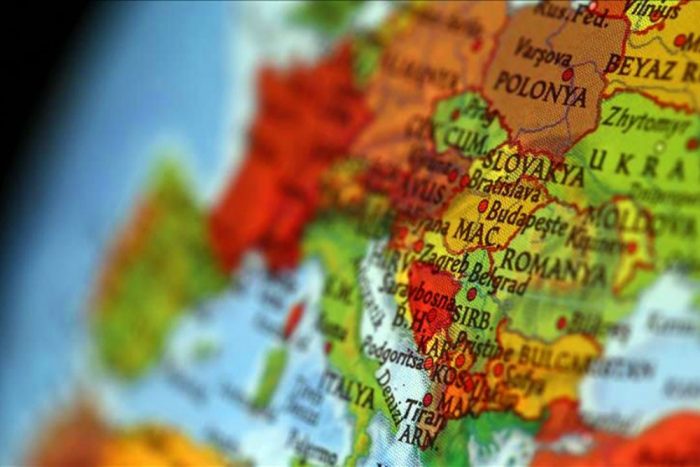 George Pagoulatos, Director General of ELIAMEP, wrote an article for newspaper “Kathimerini”. It was published in both its English and Greek edition.

The full article in English follows:

The history of Greece’s foreign policy is a litany of strategic successes and missed opportunities. The same applies to the foreign policy of the European Union. Our national failures stem from the toxic combination of populism and fear of political cost. The failures of the EU usually result from diverging national interests among member-states.

During the recent European Council meeting, French President Emmanuel Macron blocked the opening of accession negotiations with North Macedonia and Albania. The EU recognized that the two countries had done as they were asked. In particular, the government of North Macedonia has borne a heavy political cost in changing the country’s constitution and official name after the Prespes agreement. The government of Zoran Zaev reached a compromise solution with Greece that exposed it to accusations and slander by the North Macedonian nationalists who called their patriotism into question. The concessions made by Prime Minister Zaev were justified as the price to be paid for the much-needed membership of NATO and the EU. However, at the last summit, the EU treated Zaev with consistency and credibility comparable to that demonstrated by US President Donald Trump to his Syrian Kurdish allies.

The objections of President Macron, the only European leader with a strategic vision for Europe, are certainly not unfounded, even if his strategic vision is linked, understandably, to French national interests. “European sovereignty” and “strategic autonomy” presuppose an EU that has sufficiently deepened internal integration before taking in new member-states that increase heterogeneity and lower the common denominator.

Macron’s argument that the accession of new members from the Western Balkans would risk introducing instability and poor governance in the EU, rather than exporting stability, is not without substance. But their exclusion seriously damages the EU’s global and regional standing. European power is not risk- or cost-free. EU reluctance opens a gap that other forces (Russia, China, Turkey) will rush to fill.

Some of our compatriots were quick to express their schadenfreude, a reaction comparable to celebrating when the insufferable next-door neighbor’s house is set on fire. Some view this negative outcome as an opportunity to kill the reviled Prespes agreement. This atavistic approach fails to comprehend that we are now in a new equilibrium, which requires rescuing those elements of the Prespes agreement that are positive for Greece. The annulment of the Prespes agreement (through mutual inaction rather than explicit decision) would release disruptive forces in the neighboring country, in an area where both Albanian irredentism and Erdoganist expansionism are making waves.

Zaev is the de facto indispensable partner Greece has every interest in supporting ahead of the April 2020 elections in the neighboring country. Zaev’s electoral defeat would bring the nationalists to power, leading to an overall deterioration in North Macedonia’s relations with Greece and destabilizing the region. An imminent danger would be a new nationalist government in Skopje freezing the implementation of the Prespes agreement, delaying procedures for the consolidation of the erga omnes compound name, and leaving the neighboring country alone to claim ownership of Macedonia’s historical heritage.

In the 2003 Thessaloniki Summit, the European Council stated that “the future of the Balkans is within the European Union,” provided they meet the criteria. Greece’s strategy has always been to use the EU as a lever of pressure for its Balkan neighbors to maintain good-neighborly relations with Greece. As the most developed economy in the region and a member of the strongest political club, Greece has much to gain from the Balkans’ EU accession course. Freezing the accession process weakens those benefits.

Maintaining sustainable EU accession prospects for the Western Balkans is the strategy that ensures both regional stability and Greek influence. It is urgent and imperative for Greece to take the lead again, to defend the Western Balkans’ accession course, to support stability in the Republic of North Macedonia and to prevent developments that would bring nationalists to power in Skopje.