A bold recovery plan and a difficult negotiation – by D. Katsikas 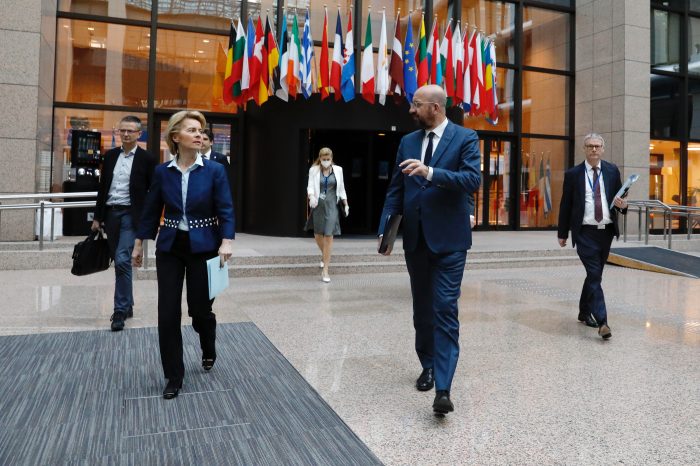 The European Commission’s proposal for a € 750 billion economic recovery fund has caused euphoria both to a large part of the European political scene as well as to the European markets, since it forms a framework of substantial assistance to economies that have been hit hard by the pandemic […] The negotiations that will follow until the final adoption of the plan are expected to be particularly difficult and some of its aspects may not “survive” in the final text. However, there is something different this time, which gives to its supporters hope; the change in Germany’s stance, which could be the catalyst for a historic agreement, Dimitris Katsikas wrote in an article in the newspaper TA NEA.

You may find the article in Greek here