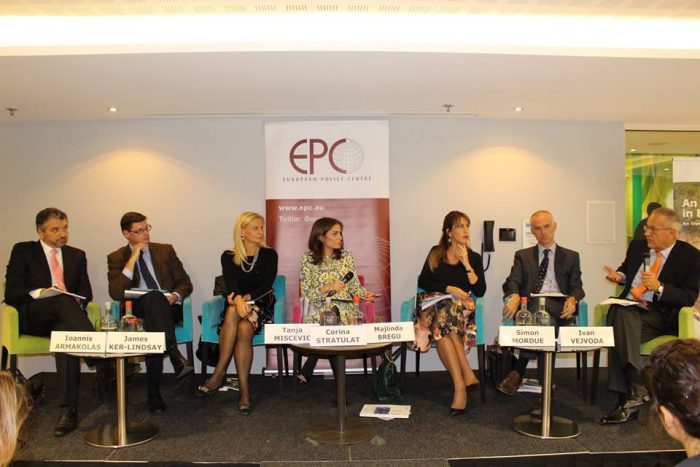 On 29 September 2015, Dr Ioannis Armakolas, Head of the South-East Europe Programme, travelled to Brussels to launch an Issue Paper at the European Policy Centre. The paper was entitled, ‘EU member states and enlargement towards the Balkans,’ and Dr Armakolas, along with Research Associate Georgios Triantafyllou, contributed the chapter on Greece. Through high-quality contributions from a variety of experts, in 17 case studies and two theoretical chapters, the Issue Paper investigates the European Union’s enlargement to the Balkans, and the shifting role of member states. It also investigates the kind of considerations and potential ‘roadblocks’ that influence the positions of key national actors on enlargement.

The presentation itself was chaired by Corina Stratulat of the EPC, and the other members of the panel. in addition to Dr Armakolas were Simon Mordue, Official of the European Commission, Tanja Miščević, Serbian government’s Chief Negotiator for accession negotiations with the EU, Majlinda Bregu, MP and Chair of the Committee for European Intergation at the Albanian Parliament, Ivan Vejvoda, of the German Marshall Fund of the United States, and James Ker-Lindsay, LSE
The paper is available here.