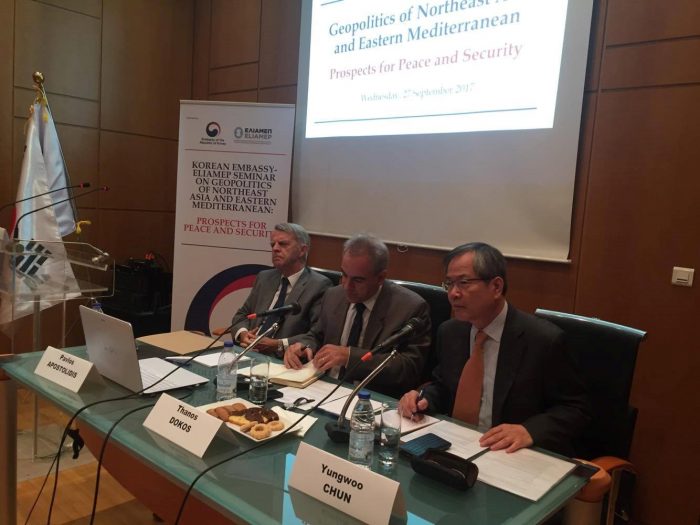 On 27 September 2017 the Embassy of the Republic of Korea and the Hellenic Foundation for European and Foreign Policy (ELIAMEP) organised an event on “Geopolitics of Northeast Asia and Eastern Mediterranean: Prospects for Peace and Security”.

– AHN Young-jip, Ambassador of the R.O.K.

– Ambassador Pavlos APOSTOLIDES, former Secretary-General of the Ministry of Foreign Affairs of the Hellenic Republic; former Director of the Greek Intelligence Service (1999-2004), “Security Flash Points in the Eastern Mediterranean”