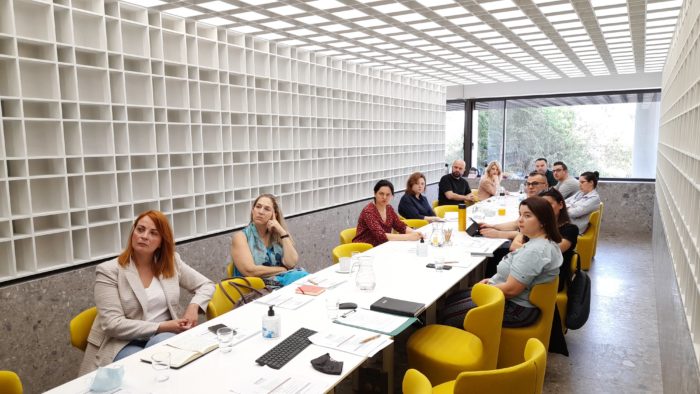 ELIAMEP’s South – East Europe Programme and the Albanian Media Institute in Tirana organized a study trip of 10 Albanian journalists, in Athens. During the visit, the journalists had the opportunity of meeting and discussing with their Greek colleagues on the way Greek media operate, their agenda, current affairs, and developments as well as the way Greek -Albanian relations are covered by the media in both countries. A discussion on the European prospects and challenges of the Western Balkans, especially after the war in Ukraine and ahead of the Czech EU Presidency was also held at ELIAMEP’s offices.

The agenda is available here and the list of participants here.