Local Citizens’ Agora in the context of the MEET project

Date
November 9, 2021
Time
16:00-20:00
Project
Moving EuropE Together (MEET): from Local Citizens’ Agoras to the Conference on the Future of Europe 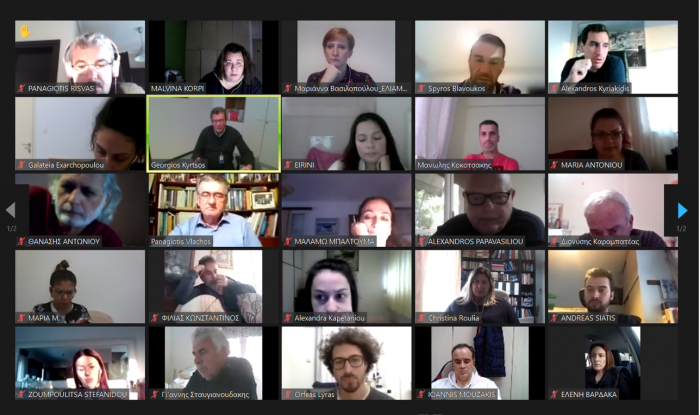 ELIAMEP organized the 2nd Citizens’ Forum, in the context of the “Moving EuropE Together (MEET): from Local Citizens’ Agoras to the Conference on the Future of Europe,” project. Twenty two citizens participated in the forum who, with the guidance of researchers, expressed their thoughts and views on the European Union’s external relations, Brexit, the ongoing situation in the Western Balkans along with the EU’s defense strategy.

Constantinos Tsoutsoplides, Head of the European Parliament Liaison Office in Greece, welcomed the particpants and George Kyrtsos, Member of the European Parliament, attended the Forum as well. Mr. Kyrtsos discussed with the citizens, provided them with significant information about the relations of the EU with China, the USA and the Middle East- regions of particular interest especially for Greece- and listened to their proposals.

The purpose of the Forum was the formation of proposals towards EU external relations and the ways in which these could strengthen its position in the global community.

During the Citizens’ Forum, participants reached common concerns and proposals that were recorded. The core outcomes and findings will be summarized in national reports, the key findings of which will feed into a Final Content Report. This Report will be presented and discussed at a final public conference in Brussels.