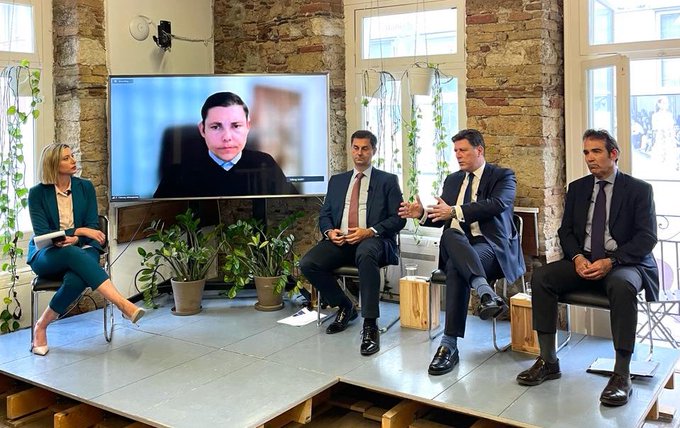 ELIAMEP participates as a partner in the project “Moving EuropE Together (MEET): from Local Citizens’ Agoras to the Conference on the Future of Europe,” an ambitious project set up by a network of civil society organisations (CSOs) across eight member states under the coordination of the European Policy Centre (EPC). Its aim is to meaningfully involve European citizens in the debate on the future of Europe by reinforcing bottom-up synergies and Europe-wide collaboration. ELIAMEP has organised two Local Citizens’ Agoras, the findings of which were presented during the public discussion by Spyros Blavoukos, Senior Research Fellow, Head of Ariane Condellis Programme at ELIAMEP and Associate Professor at the Athens University of Economics and Business (AUEB).

The event was attended by citizens who participated in the Local Citizens’ Agoras, national and regional policy makers, academics and journalists.

The agenda is available (in Greek) here.