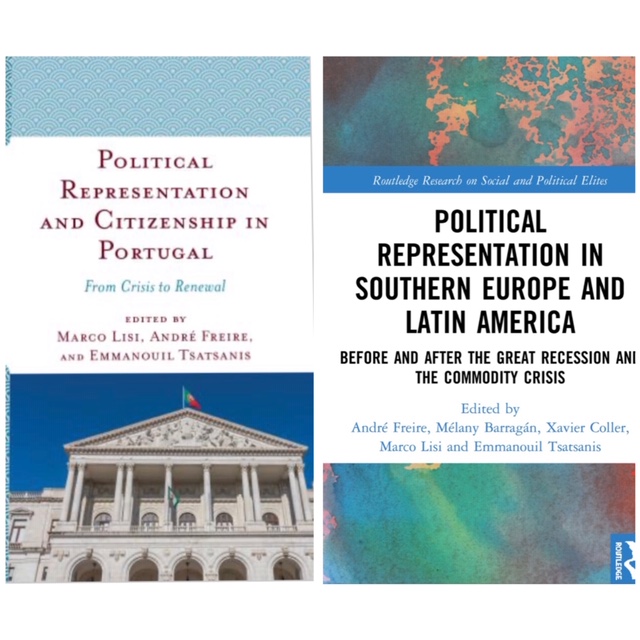 Manos Tsatsanis, Research Fellow of ELIAMEP, co-authored two collective volumes on the transformations of political representation in the democracies of Southern Europe and Latin America during the previous decade of successive crises. Emphasis is given on the renewal of political staff, new forms of mobilization, convergence and divergence between political elites and voters, the resilience of democratic values ​​and the impact of the emergence of new political players and parties on national party systems.

The first is entitled “Political Representation in Southern Europe and Latin America: Before and After the Great Recession and the Commodity Crisis”, published by Routledge with André Freire, Mélany Barragán, Xavier Coller and Marco Lisi.

The second is entitled “Political Representation and Citizenship in Portugal: From Crisis to Renewal“, published by Rowman & Littlefield: Lexington Books, with Marco Lisi, André Freire.