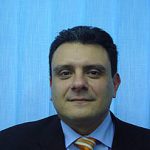 The Eastern Mediterranean has historically been at the crossroads of Europe, the Middle East, Africa, and Asia where regional state actors apart from their multiple and diverse geographic affiliations have also possessed varied political identities. While Greece and Turkey are NATO member states with a complicated bilateral relationship, the other regional actors — Israel, Cyprus, Syria, Egypt, Jordan, Lebanon – also account for a complex web of bilateral and multilateral relations with each other.

With its strategic location, the Eastern Mediterranean is undoubtedly an essential part of any regional security dynamic. It is both NATO’s southernmost front (with Turkey, Greece, and the UK [via its sovereign bases in Cyprus] contributing to the Alliance’s security as well as the southernmost part of the European Union via the Republic of Cyprus’ membership. That said, the Eastern Mediterranean is home to a number of security challenges with wider regional, if not global, implications. These include the dynamics of Cyprus’ political dispute which involves the intersecting interests of a number of external actors and major powers, notably its three guarantor powers; the European Union; the United States of America; and, not least, the Russian Federation. The issues of maritime and energy security also come forcefully to the fore due to contested claims regarding Exclusive Economic Zones, state sovereignty (at least as long as the Cyprus problem remains unresolved), hydrocarbon finds, and their transit.

Other equally relevant challenges include the troubled relations between Israel and its Arab neighbors given in particular the inability to resolve the issue of statehood for the Palestinians. Both Israel and the Palestinian Authority are true products of the vulnerable and volatile Middle East with its fair share of regional actors at cross-ends with each other and delicate bilateral relations between them. The region is also experiencing an exorbitantly high number of refugee flows due to war, and state and economic failure in particular in Syria. It is also the home of an amoeba-like (albeit shrinking) non state actor called the Islamic State (ISIS) with many of the attributes of a state actor which the international effort to contain it seems to be at cross-purposes much like the priorities of the states making up the international community.

In this context, the rising tensions between Saudi Arabia and Iran need to be assessed as their impact transcends their frontiers given both the competing theological underpinning of both the regimes in Riyadh and Teheran, their global reach as energy producers, and their relations with other regional stakeholders including all the Eastern Mediterranean states. More importantly, the rollercoaster nature of Ankara’s relations with Moscow is indicative of a growing exceptionalism in both countries with implications for the Atlantic Alliance’s ability to clearly project and protect its regional interests. Consequently, Moscow’s troubled co-existence with the West and its security institutions is being severely tested across Europe, the Black Sea Region, the Aegean Sea, the Eastern Mediterranean, and Syria proper.

Also to be factored in are the Trump Administration’s effort to focus on a budding twin pillar strategy with Saudi Arabia and Israel. Trump’s strategy of coming closer to Saudi Arabia and Egypt, both of which seem to have bridged their differences, coupled with the call to resume negotiations between Israel and the Palestinians aims both to put a damper on Iranian activism in the Eastern Mediterranean and to counter Russian attempts to fill a perceived vacuum in the region from the United States.

In this world of ambivalence, balancing acts, and regional turmoil, therein lies both risk and opportunity for the possible resolution of long standing differences, the realignment of relations between and among the regional stakeholders amidst a redefinition of great power dynamics.

The perceived alignment of Israel, Cyprus, Greece, and Egypt, in particular with regard to the natural resources in the region, may suggest the way forward, provided Turkey is also included, in some sort of western-aligned regional security complex in the Eastern Mediterranean that will enhance the region’s security and stability, and, by extension, their own.

The key lies on four premises. The first is that relations between Moscow and Ankara cannot go beyond the strategic divide binding the two countries as long as Turkey remains committed to NATO. The second is that relations between Russia and the West are bound to continue to be conflictual for a long time to come. The third is that a solution to the Cyprus issue needs to be reached soon. paradoxically, the Iraqi Kurdish Regional Government’s push for independence which touches the core of Turkey’s existentialist challenge – the Kurdish issue may signal Ankara’s unwillingness to push for a two state solution in Cyprus, thereby giving fodder to Kurdish ambitions, and might bring Turkey back to the negotiating table. The fourth is continued flux and instability is bound to characterize the region unless its key stakeholders act together to stabilize it. Grabbing the opportunity to rethink the Eastern Mediterranean is of the essence.

Dr Dimitris Triantaphyllou,  Associate Professor of International Relations at Kadir Has University in Istanbul and Director of the Center for International and European Studies (CIES).