How to proceed after the Irish “no” 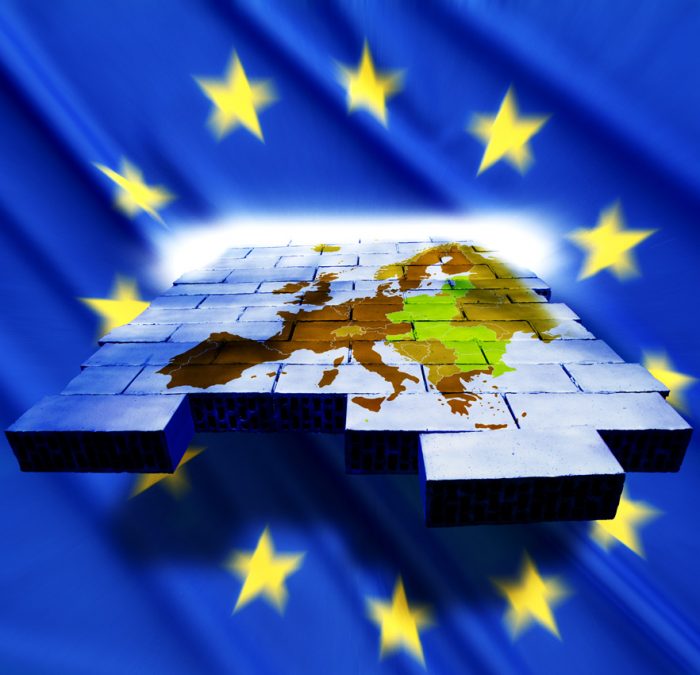 Clingendael Commentary by Rob Boudewijn, Senior Fellow of the Clingendael European Studies Programme, and Janis A. Emmanouilidis, Stavros Costopoulos Research Fellow at ELIAMEP, published in July 2008 on the future of the Lisbon Treaty after the “no” in the Irish referendum.

On June 12th, 862.000 Irish voters said “No” to the Treaty of Lisbon. As a result, the only country that organised a referendum failed to ratify the EU’s new primary law. The Irish rejection means that the new Treaty designed to increase the efficiency and democratic legitimacy of a Union of almost half a million citizens cannot enter into force as envisaged on January 1, 2009.

So what is the way out after the Irish “No”? The pendulum of possible options swings between those who declare the Treaty of Lisbon dead, those who want to continue the ratification process, and others who opt for a core group excluding Ireland. The latter follows the idea of a Europe of different speeds and has been the “magic invocation” during previous crises. Whatever the solution, it is obvious that European political leaders want to avoid a second “reflection period” that paralyzed the EU after the French and Dutch “No” to the Constitutional Treaty in 2005. But what are the options and which one of them should be preferred?

As said above, one option is based on the idea to form a core group, leaving Ireland outside. According to this idea – which is supported, amongst others, by former German Foreign Minister Joschka Fischer – the EU continues to operate on the basis of the Treaty of Nice, whilst a smaller group of countries proceeds on its own. If one elaborates this option, it would mean that a number of EU states would have to establish a new Union aiming to achieve a higher level of supranational cooperation. The creation of such a new Union would be the ultimate answer to the circumstance that the diverging views about the future progress of integration can no longer be reconciled amongst all member states of the “old EU”. From a political perspective this option might serve as an instrument to put pressure on Ireland. However, the idea to create a new supranational Union is neither desirable nor realistic, for numerous reasons. First, the establishment of a new Union carries the risk of creating new dividing lines in Europe between those who are included and those excluded. Only a few years after the historical re-unification of (most of) the continent, a new dividing line would again draw “Europe” apart. Second, after the Irish “No” the crisis the EU faces is not as severe as to generate the political energy required for the creation of a new Union. Third, it is unclear who will and – probably even more importantly – who will not participate in the core group. After all, many of the reasons behind the Irish “No” are shared by citizens in other EU countries as the “No” of the French and the Dutch to the Constitutional Treaty three years ago impressively proved. Fourth, even in the most integration-friendly countries there is hardly any readiness to jump into the deep and to further pool national competences in the framework of a new supranational Union.

An even more radical option is that for Ireland to leave the Union. After an Irish withdrawal the new Lisbon Treaty could enter into force in the remaining EU member states. Ironically, the new Lisbon Treaty would have introduced for the first time detailed legal provisions regulating the possibility of a withdrawal from the EU. The current Nice Treaties do not include such provisions. In spite of that and from a legal perspective a retreat from the Union could still be administered on the basis of the general principles of international law and in particular the “Vienna Convention on the Law of Treaties”. However, no member state can be forced to give up its EU membership. No matter what the legal basis may be (Vienna Convention or withdrawal clause), a withdrawal from the EU can only be negotiated on a voluntary basis. Demanding from Ireland to exit the Union is thus pointless, if Dublin does not deem withdrawal from the EU a sensible thing to do.

A third option includes the idea to abandon “Lisbon” and to negotiate a new treaty. But after two ratification failures this option is not realistic. No EU country will be prepared to enter yet another treaty adventure, the outcome of which is totally unpredictable. Were Lisbon dead, the member states would rather prefer to stick to the old Treaty of Nice and try to implement in practice as many of the innovations included in the Lisbon Treaty as possible (the so-called “Nice-plus option”) via inter-institutional agreements, amendments to the rules of procedure of the EU’s institutions or in the framework of future accession treaties. However, one must always be aware of the fact that numerous reforms cannot be implemented without treaty change.

This leaves us with the fourth and final option, which is the most attractive and realistic one: The ratification procedure continues in the member states that have not yet ratified (currently six) and Ireland repeats the referendum early 2009. Contrary to the situation in 2005 after the Dutch and French referenda, chances are high that the Lisbon Treaty can be ratified by all other 26 EU countries. Most political leaders have declared that the ratification process should continue. And even in the Czech Republic and Poland, where President Václav Klaus and initially President Lech Kaczynski seized the opportunity following the Irish “No” and declared that they would not sign the Lisbon Treaty, the Czech and Polish government quickly announced that they continue to support ratification of the Lisbon Treaty. If the remaining EU countries stay on track and continue their national ratification processes, it is highly likely that Ireland will be the only one that will have rejected the Lisbon Treaty. In this case, the other 26 EU member states, representing nearly 490 million people and thus 99 per cent (!) of the Union’s total population, would have every moral right to ask their Irish fellow European citizens to reconsider their “No” vote. In this case, Ireland might be granted some concessions in return, for example in the field of taxes, family law and defence. A price the other 26 EU members should be ready to pay, in order for the new treaty to eventually enter into force despite the first Irish “No” of June 2008.