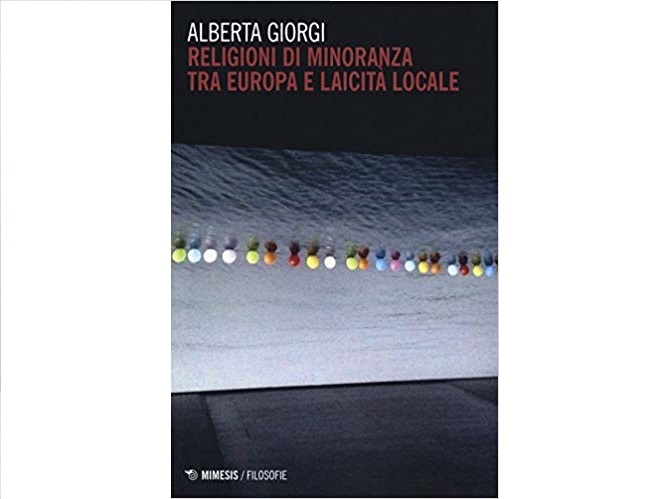 Alberta Giorgi, Religioni di minoranza tra Europa e laicità locale [Minority religions between Europe and local secularism], (2018) Milan: Mimesis
This book concerns the place of minority religions in Italy, against the scenario of the processes that characterize contemporary societies – secularization, laicization, Europeanization, immigration – and of the tensions that they trigger or bring to light. Does the process of secularization have the same effects on the different religious communities – their internal organization, their ways of understanding and expressing the faith and the religious, how they are dealt with in the public and the political spheres? What is the configuration of secularism, in the sense of separation between religious and political institutions, in the light of the transformations of the contemporary religious? And what is the impact of the Europeanization process? In particular, how does the redistribution of competences to supra- and sub-national governments impacts on the geometries of secularism? Does Europeanization have a secularizing effect? How the ‘religious’ dimension of immigration is dealt with, from an intersectional point of view?

These are the questions that orient the volume. In particular, specific attention is given to the complex interweaving (local, national and international) of laws, norms, regulations and jurisprudence which constitute the normative scenario of minority religions in Italy.

Drawing mainly on data collected in the framework of the ERC project “Grassrootsmobilise Directions in Religious Pluralism in Europe – Examining Grassroots Mobilisations in the Shadow of European Court of Human Rights Religious Freedom Jurisprudence” the volume is structured in five chapters.