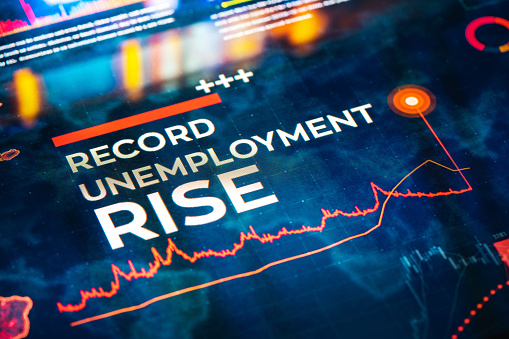 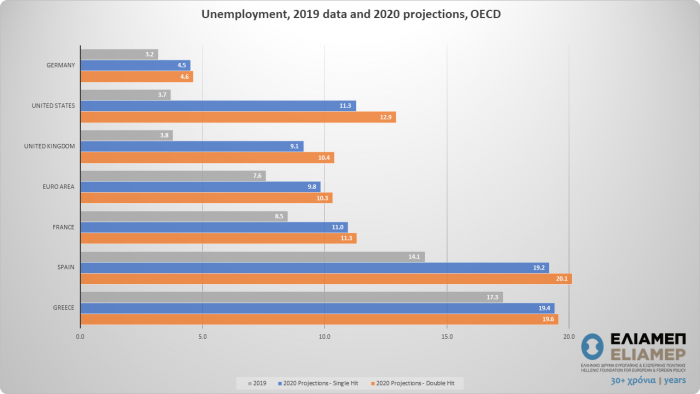 This large difference in the performance of the labour market is due to the different policies pursued during the pandemic, as unlike the US, and to some extent the UK, Germany, as well as other EU countries, have adopted employment protection policies. That is why countries such as Spain and Greece, despite having the highest projected unemployment rates (as they entered the pandemic with already high unemployment levels due to the previous economic crisis), show a relatively small percentage change compared to the pre-pandemic period.