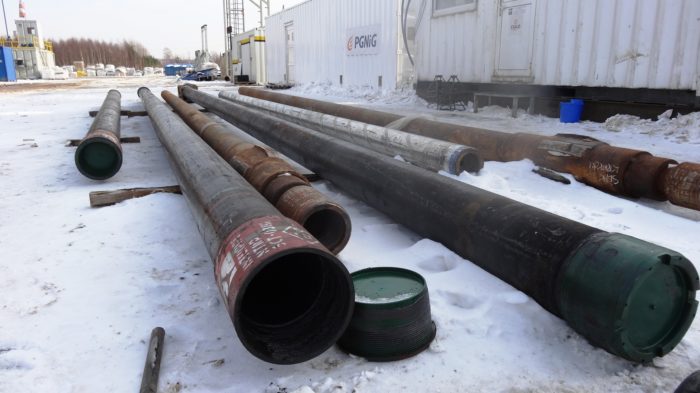 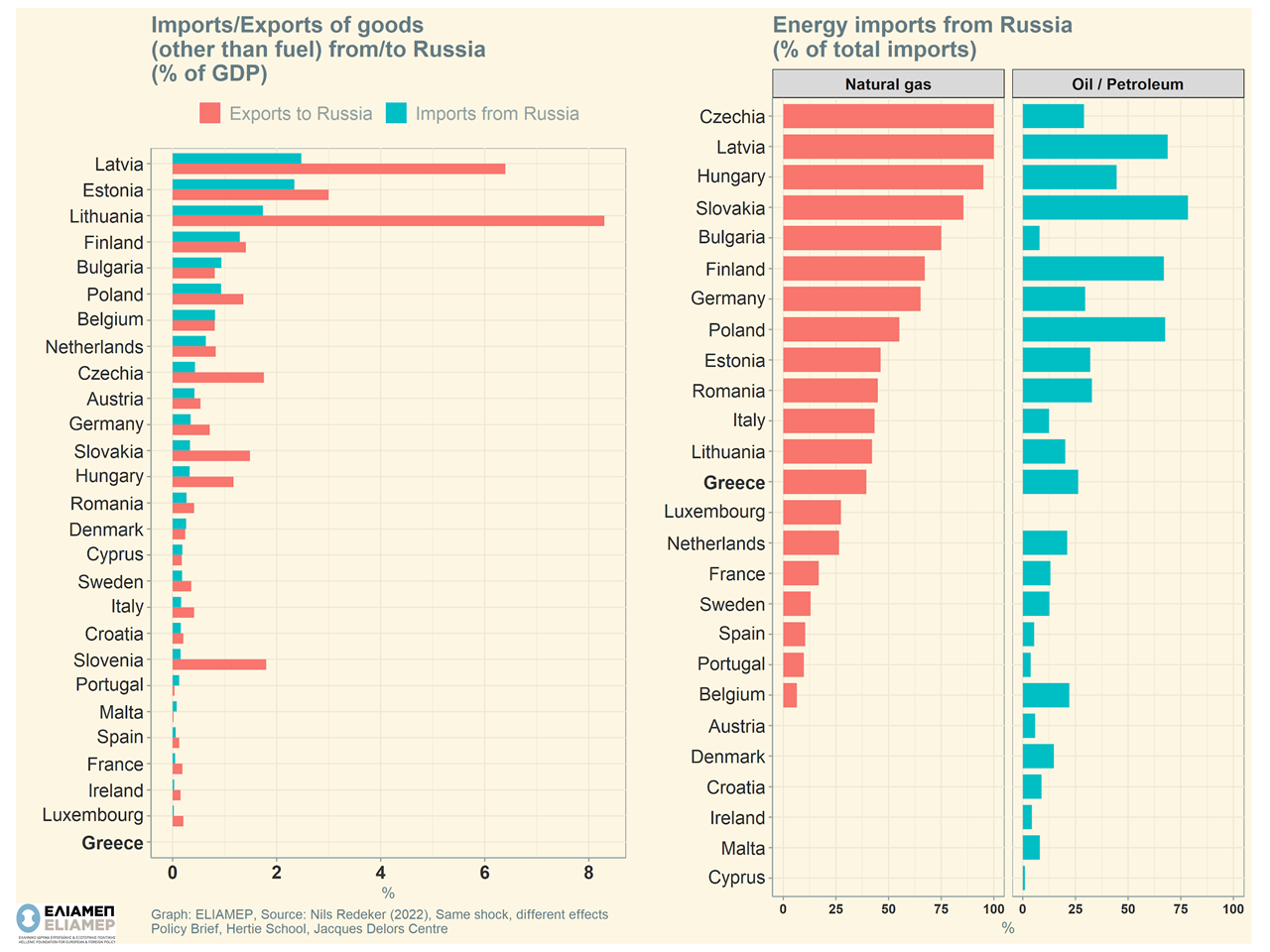 The Russian invasion of Ukraine has caused serious consequences, primarily on a humanitarian level, and secondarily on a political-economic level. The direct costs of the EU’s economic sanctions on Russia, the consequent supply chain disruptions, the ‘unprecedented’ rise in prices of energy, raw materials and goods, and the growing economic uncertainty undoubtedly cause a significant delay in Europe’s recovery after the pandemic. EU Member States, however, are affected by this aggregate economic shock at different degrees depending on their trade exposure and energy dependence on Russia.

A policy brief by the Hertie School – Jacques Delors Center presents a comprehensive picture of EU Member States’ trade relations and energy imports from Russia. Regarding trade of goods (excluding fuel) with Russia, Europe is not directly affected by the imposed economic sanctions as those refer to a particular set of goods (e.g., weapons, military technology, dual-use goods, etc.), but the exclusion of Russian banks from the SWIFT payment system will definitely increase trade costs for goods that nevertheless are not subject to sanctions. Examining the trade balance of EU member states for goods (excluding fuel) (see graph on the left), Russia is the most important trading partner for countries in Central and Eastern Europe (Russia is the first trade destination for Latvia, with an export value of more than 6% of GDP, and the second largest for Lithuania, with an export value of more than 8% of GDP). At the same time, the importance of trade relations with Russia for Western and Northern European countries is negligible. Despite the low volume of trade in non-fuel goods, the importance of Russia as a major exporter for specific goods which ensure the smooth operation of the European supply chain, should not be overlooked. A typical example, particularly relevant for the case of Greece is cereals (Russia and Ukraine offer almost ⅓ of wheat exports worldwide), steel and iron, palladium, nickel as well as wood.

The most important economic consequence of this war is found in the energy sector (see graph on the right). The EU as a whole imports 23% of its oil, 40% of its gas and 45% of its coal from Russia. Even on the energy front, however, the countries in Central and Eastern Europe are much more dependent on Russian energy exports. The Czech Republic and Latvia import 100%, while Hungary and Slovakia import more than 75% of their gas from Russia. In contrast, countries in Northern and Western Europe are not directly dependent on Russian energy exports. However, despite the fact that countries such as Germany and Italy import from Russia lower percentages of natural gas (65% and 45% of total gas imports, respectively) compared to Eastern European countries, the value of these imports is much higher. Europe’s energy dependence on Russian energy has already led the EU to look for alternative sources to diversify its supply sources. This process will not be easy in the short term, as the potential gap left behind by an import disruption is large and difficult to substitute.

Greece does not face direct trade effects, as imports and exports of nonfuel-goods to and from Russia constitute a negligible amount as a percentage of GDP. Greece is becoming more vulnerable as far as energy dependence on Russian exports is concerned, importing 40% of its gas and 26% of its oil from Russia. It should be noted that the most prevalent effect at the moment is the surge in inflation as a result of increased energy prices, a phenomenon that already strongly affects the Greek economy.

The economic impact of the war in Ukraine is asymmetrically affecting EU Member States, rendering the adoption of burden-sharing policies at the European level indispensable. The unity shown by Europe in its stance against the Russian invasion of Ukraine as well as in the imposition of sanctions is a strong bulwark against the Russian strategy and brings a deep economic blow to the Russian economy. A fair share of the costs of the war in Ukraine will strengthen this unity and highlight the comparative advantage of the European Union.