In focus – Youth unemployment during the pandemic, OECD 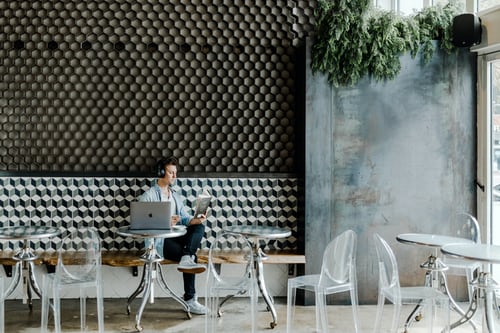 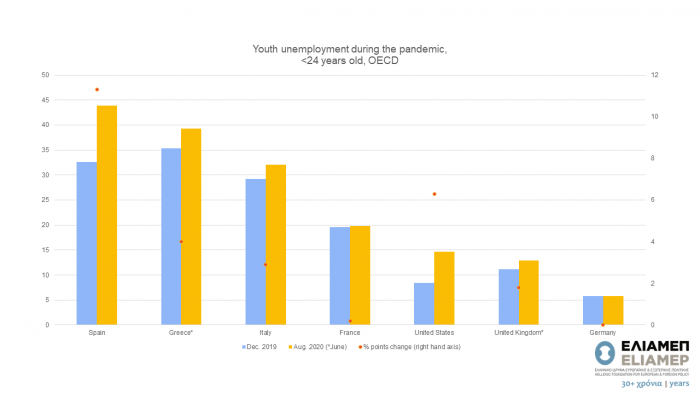 Many young people are employed in the provision of business to consumer (B2C) services (e.g. catering, sales, customer service, etc.). This makes them more vulnerable in the labour market, as these sectors have come under the greatest pressure during the pandemic. However, the picture is not the same in all countries. Economies with traditionally high youth unemployment rates, such as the countries of southern Europe, show a significant increase in unemployment rates among young people under 24 years old. Indicatively, youth unemployment in Spain reached 43.9% in August 2020, an increase of 11 percentage points compared to December 2019, while significant increases are also recorded in Greece and Italy. Substantial increases are also observed in the Anglo-Saxon economies, with the US holding the lead, as youth unemployment has reached 15%, marking an increase of six percentage points compared to December 2019. On the other hand, in France, and especially Germany, there has not been an increase in youth unemployment, which is most likely due to the strong framework of employment protection that has been put in place during the pandemic.