ELIAMEP Thesis 5/2010: Seasonal migration and how to regulate it 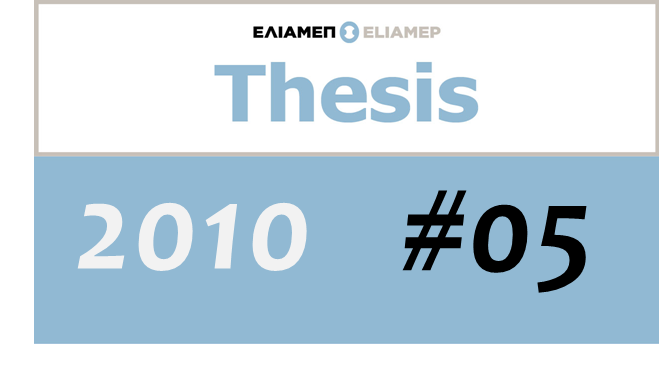 In the latest issue of ELIAMEP Thesis Anna Triandafyllidou states that the European Commission has recently issued a proposal for a Directive regulating the conditions of entry and residence of third-country nationals for the purposes of seasonal employment (COM (2010) 379 final). This Directive proposal is part of the Commission’s strategy to regulate labour migration through a piecemeal approach; notably through regulating specific categories of migrant workers. This paper discusses what seasonal migration is and how it differs from circular, temporary, or shuttle migration. It argues that seasonal migration is a form of temporary migration that has a seasonal character and hence concerns employment sectors which are characterised by seasons of high and low employment, including thus not only agriculture but also tourism and catering but normally excluding construction or domestic work for instance.The essay in hand reviews critically the Directive Proposal and argues that although it may be seen as a step forward in transparency and in bringing closer Member State provisions in the area of seasonal migration, it needs a boost as regards the protection of seasonal migrants’ labour conditions and employment rights. In view of regulating seasonal labour migration at the EU level, the Directive should also consider whether seasonal labour migrants should be allowed to move also between Member States. On the other hand, the proposal is evaluated positively for a number of features such as: not tying the worker to her/his employer, allowing for the right to join trade unions, and proposing a simplified bureaucratic procedure for multiple entry visas.
ΕΛΙΑΜΕΠ Θέσεις 5/2010: Seasonal migration and how to regulate it