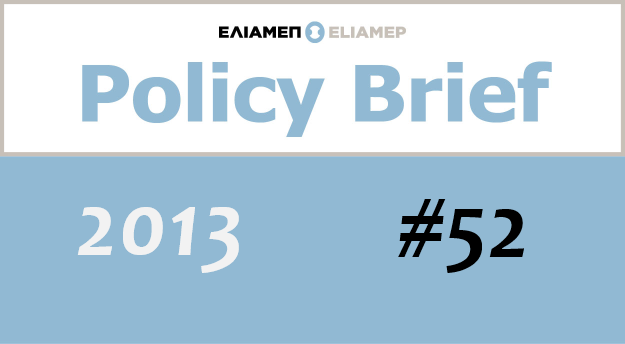 A reassessment of the capacity-expectations analogy by the Greek administration in 2007, stemming from the idea Greece being a responsible locomotive of Balkan integration and an agent of peace and development prompted Greece to adopt a critical revision to the name dispute agenda.vii The attitude of an all-out rejection over a name compromise that included the term Macedonia was formally abandoned in favour of a ‘composite term’ signalling a desire to formulate a more reasonable call. According to the prevailing Greek position, a compound name with a geographical qualifier for use in relations to everyone (erga omnes) forms an honest and mutually beneficial compromise; this is notwithstanding the fact there is in Greece and among the Greek diaspora a vocal preference for a return to the 1992 official Greek position which rejected any reference to the name Macedonia. Unsurprisingly, FYROM’s formal position welcomes a mutually accepted solution on the name by considering the right for self-identification on grounds of a distinct and exclusive interpretation of ethnic ‘Macedonianess’. Preserving the exclusive right of use of the term ‘Macedonia’ both in the name of the country and in the language and ethnicity is a key move in Skopje’s strategy to safeguard their (perceived) right of self-identification, entailing the right to foster an exclusive ethnic ‘Macedonian’ identity. State-building, as pursued by the Skopje government, is becoming central to the sort of identity-formation that recognizes no other variation of ‘Macedonianess’ and usurping indiscriminately historical elements from neighbouring Bulgaria, Albania and especially Greece. Such an insidious strategy understandably creates frictions both within the country and with FYROM’s neighbours.