‘In Defence of Europe’, Book by Loukas Tsoukalis (now also in Greek) 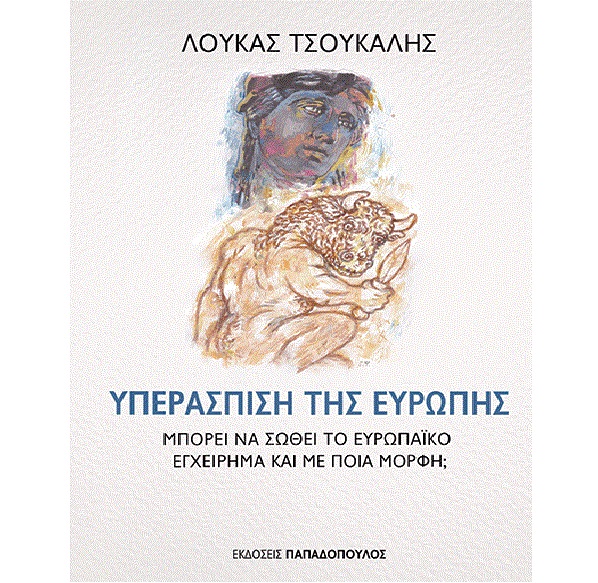 The new book of Loukas Tsoukalis: In Defense of Europe. Can the European project be saved? has been published in Greek by Papadopoulos Publishing House. Europe has not been so weak and divided for a long time. Buffeted by a succession of crises, it has shown a strong collective survival instinct but a poor capacity to deliver. Loukas Tsoukalis is critical of the way Europe has handled its multiple crises in recent years. He addresses the key issues and difficult choices facing Europe today.

– Can Europe hold together? Under what terms? And for what purpose?

– A look at the key choices facing Europe today, by a leading political economist and former special adviser to the President of the European Commission

‘An inexorable analysis. An eye opener, a heart cry from a true European’ – Herman van Rompuy, former President of the European Council

‘A deeply insightful book that illuminates how only a combination of skill and passion can save Europe’ – Enrico Letta, former Prime Minister of Italy

‘The European project has traditionally been driven by the region’s political, business and technocratic elites, with ordinary people indifferent and often hostile to it, even as benficiaries. This clear-sighted, non-idelogical book shows how this has to change for the project to survive. Tsoukalis argues Europe needs a wide range of reforms that deepens integration in some areas, while allowing for greater differentiation and democratic decision-making in others. He eschews simple solutions and magic pills. It is the book’s great virtue that is clarifies both the scale of the problem and some of the ways forward’ – Dani Rodrik,  Harvard Kennedy School

‘This is an important and enlightening book in which one of the most knowledgeable scholars of European integration takes a hard look at what has has gone wrong over the last quarter century. Though deeply committed to the success of the European project, the author’s account of present European crises is characterized not only by an unflinching realism but also by the masterly integration of economic and political analyses – and by the perceptive reconstruction of the conflicting interests and (mis-) perceptions that explain German, British and Greek contributions to present policy failures. Remarkably, nevertheless, the book ends neither in a counsel of despair nor in idealistic precepts but in a series of pragmatic proposals whose usefulness is not obviously in conflict with political feasibility’ – Fritz W. Scharpf, Max Planck Institute

‘As ever thoughtful and thought-provoking, Loukas Tsoukalis prompts us to re-examine the fundamentals of contemporary European integration. His deep analysis is timely, nuanced and challenging’ – Dame Helen Wallace FBA, British Academy