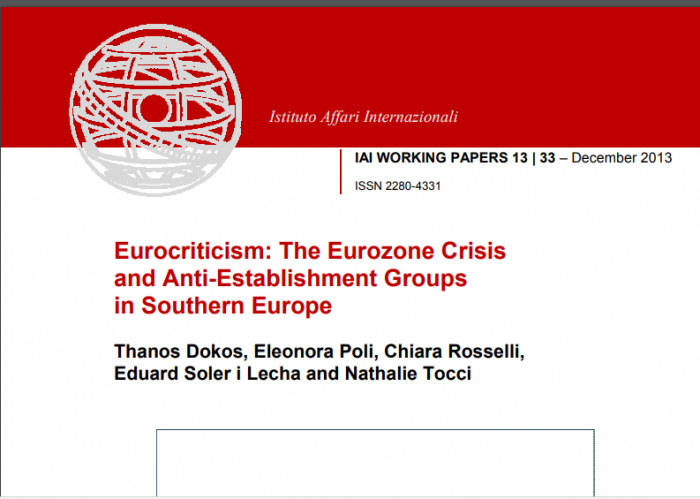 The Eurozone crisis and the ensuing public disaffection towards what many view as deficient EU institutions and policies have resulted in a surge of euroscepticism across member states. Although euroscepticism is not a new phenomenon, the rise of mass anti- establishment movements notably in southern Europe is. Despite their different political and structural features, Five Star Movement in Italy, Syriza in Greece and several social movements sprung from the Indignados in Spain have recently become key actors in their national political arena by opposing, inter alia, EU-imposed austerity. Yet these movements are not anti-EU in toto; while they criticize what they view as the EU’s lack of democracy and rigid economic policies, they are not opposed to the EU integration project as such. While a fine line distinguishes Euro-scepticism from Euro-criticism, provided such distinction is made, the critique of these movements could be galvanized into a constructive force for a more integrated EU political space.

You can read here the working paper: Eurocriticism: The Eurozone Crisis and Anti-Establishment Groups in Southern Europe