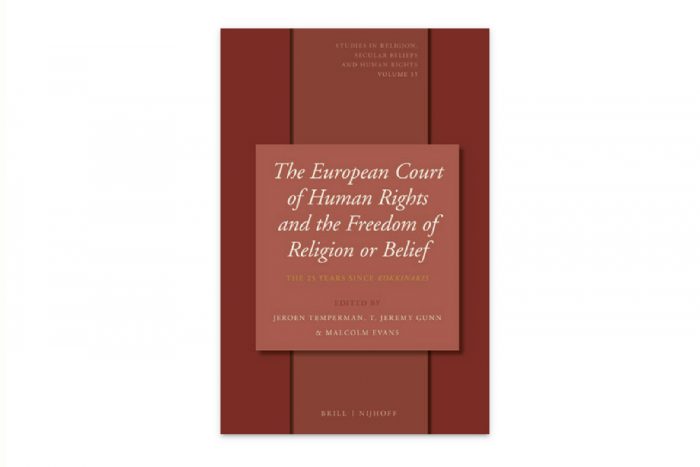 Effie Fokas in eds. Jeroen Temperman, T. Jeremy Gunn and Malcolm D. Evans, The European Court of Human Rights and the Freedom of Religion or Belief: The 25 Years since Kokkinakis, Brill, 2019, pp. 419-440

This chapter draws on research designed to bring the influence on religious pluralism of the European Court of Human Rights into sharp focus, but from the ground up: we have access to information about the direct effect of the Court in terms of implementation, or not, of its decisions via policy change enacted by national governments, but we have little insight into the indirect effects of the Court, in terms of whether and the extent to which the Court’s case law mobilises grassroots level actors in pursuit of their rights. A study of the indirect effects of case law includes attention to the many ways its decisions are deployed by social actors in their rights campaigns, and in many venues outside of courts.  The broader research from which the present chapter emanates focuses not on the gap between the promise of certain court decisions and actual social change but rather on the gap between such decisions and the change in societal expectations: to what extent do court decisions lead to a shift in social actors’ conceptions of their rights, in their discourse about those rights, and in their propensity to pursue those rights, whether through legal or political means? Answers to this question presuppose a far more basic one: how aware of the Court and its religion-related case law are social actors at the grassroots level? European institutions are notoriously exposed to criticism as non-transparent and distant from the citizen. This is no less the case for the ECtHR. To what extent does knowledge about the Court’s decisions related to religion trickle down to grassroots actors with a vested interest in these decisions, and to what effects?