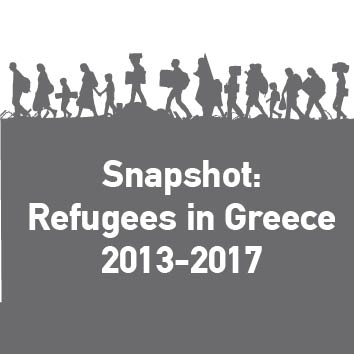 Moreover, we present charts on economic migration in Greece, which you can see below, so that you can get an idea about the immigrant population in Greece based on the number of residence permits per sex, age group and category (family reunification, employment, studies or else). Furthermore, there are some graphs and charts illustrating quantitative data sourced from the Social Insurance Institute – Unified Insurance Fund of Employees (IKA-ETAM) on the distribution of insured population by occupations and nationalities, as well as the employment and unemployment rates by gender and place of birth. All graphs in PDF are available here.