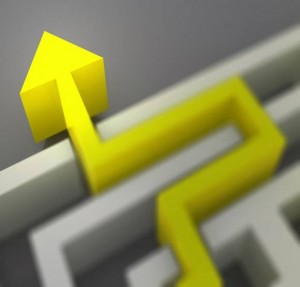 Some EU countries such as the Netherlands and the United Kingdom have been proactive in developing instruments to detect and prevent radicalisation leading to terrorism. Respectively knowledge is accumulated in these countries about the risk groups susceptible to extremist ideas and the factors leading to acts of terrorism by individual members of those groups. In contrast, other Member States such as Bulgaria, the Czech Republic and Greece, have lagged behind, although various processes of radicalisation have been observed in all three countries. This project aims to assess and transfer de-radicalisation experience from the Netherlands and the United Kingdom and other EU Member States in order to design, establish and promote radicalisation-monitoring tools in Bulgaria, the Czech Republic and Greece. Those tools will be used to monitor radicalisation and recruitment that might potentially lead to acts of extremism and terrorism. Through this action the project will increase the capacity of law-enforcement, local level authorities and civil society to prevent and counter radicalisation leading to terrorism amongst risk groups in Bulgaria, the Czech Republic and Greece. In the long run the proposed monitoring tools will serve as analytic prerequisite for the design and establishment of adequate radicalisation prevention policies and programmes in the three countries.

The spread of radical ideas that may degenerate into acts of violence and terrorism usually depends on complexity of factors and is not confined to one belief system or political persuasion. In Bulgaria and Greece factors such as economic decline, soaring unemployment, profound disillusionment with the established political class and high levels of social dislocation potentially create ground for the espousal of radical and militant ideas that are present in the ideology and behaviour of right and left wing movements that are on the rise. Right and left wing extremism is observed also in the Czech Republic, targeted mostly at the Roma communities. Migration between Bulgaria, Greece and the Middle East leads to two phenomena in the realm of religious profession among Muslim groups that may become, under certain circumstances, the ground of religiously inspired radicalisation: profession of religion in informal immigrant structures and places of worships without permission; replacement of traditional practices of Islam among segments of some non-migrant Muslim communities with new forms of religion, imported from Saudi Arabia.

In Bulgaria and Greece these processes are not monitored by the relevant security agencies, by local government or NGOs and in the large part are not publicly discussed. In the Czech Republic the existing system of monitoring extremism by the government is in need of validation and diversification of indicators, criteria of analysis and sources of information.

The main beneficiaries of the project will be: intelligence and law-enforcement agencies and other relevant state authorities; civil society organisations working with identified risk groups; EU stakeholders;  risk groups .

The main project objectives are:

– To explore pathways to radicalisaton (the result of context specific social processes and different patterns of local, national and transnational contacts and interaction)

– To examine the risk factors that may lead to radicalisation in Bulgaria, the Czech Republic and in Greece

– To transfer knowledge and experience from the Netherlands, the United Kingdom and other EU Member States about methodologies and indicators to assess and monitor the risks of radicalisation that could potentially lead to acts of violence and terrorism

– To assess conditions and social groups that are susceptible to radical ideas, which might potentially degenerate to acts of terrorism among certain risk groups in Bulgaria, the Czech Republic and Greece

– To develop radicalisation monitoring tool to be applied in Bulgaria, the Czech Republic and Greece

– To raise awareness within relevant state agencies, civil society organisations and identified risk groups about the risks that may lead to radicalisation

– To increase cooperation between Bulgarian, Czech and Greek intelligence and law enforcement analysts and leading researchers and specialists on radicalisation

The main activities of the project:

Centre for the Study of Democracy (CSD), Σόφια, Βουλγαρία (coordinator)

Project duration 24 months (from October 2014 until September 2016). Project funded by the European Commission, DG Home Affairs, Programme for the Prevention of and Fight Against Crime (ISEC). 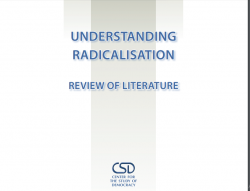