Marie Skłodowska-Curie Fellow at ELIAMEP, visiting researcher at ECFR focusing on policy issues in Southeast Europe, assistant professor at ELTE faculty of social sciences in Budapest completed her Ph.D. at the Central European University in 2010. She has extensive research experience on minority issues in Central Eastern Europe and the Balkans, including academic and policy research. She was a visiting researcher at the Woodrow Wilson International Center for Scholars (2006), the European University Institute (2006), the Center for European Policy Studies (2006), was a research fellow at the New Europe College in Bucharest (2014-2015), and held an International Policy Fellowship at the Open Society Institute (2006-2007). From 2013 to 2017, she led a work package of the EU’s FP7 project FRAME at ELTE, coordinated by Leuven Centre for Global Governance Studies, researching the role of human rights in the EU’s external relations. Previously, she participated in an EU FP6 research project (Eurosphere) at the Central European University. She is the author of the book Secessionist Movements and Ethnic Conflict (Routledge, 2014), and her chapters and articles appeared in journals such as the Journal of Common Market Studies, Nationalism and Ethnic Politics and the Southeast European and Black Sea Studies. Her current project MINORLEGMOB “Assessing the agency of national minorities through court cases: mapping legal mobilization patterns in CEE” at ELIAMEP is funded by the European Commission under the Marie Skłodowska-Curie Actions.

Minorities as citizens: The legal advocacy of language rights by the Hungarian minority in Romania - Article by B. Huszka 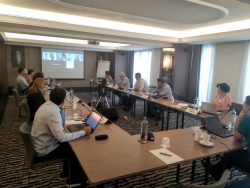 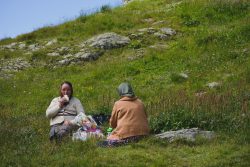