With a legal background- Athens Law School and DEA de droit Européen from Strasbourg University-Georgette Lalis worked for the European Commission from 1981- December 2016. She held different positions as member of cabinet and as a Director notably in the field of Maritime Transport, Consumer Goods( automotive , pharmaceutical, cosmetics, food and biotech industries) Innovation and Energy. From September 2011 to September 2015, she was Head of the Athens office of the Task Force for Greece and she subsequently spent a year at the New York University as a fellow for European Studies.Georgette Lalis was the President and for a year also CEO of Ktimatologio AE, the Greek company establishing the Land Register in Greece ( 12/2001-6/2004). 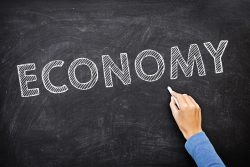 Technical assistance in a time of crisis – by Georgette Lalis