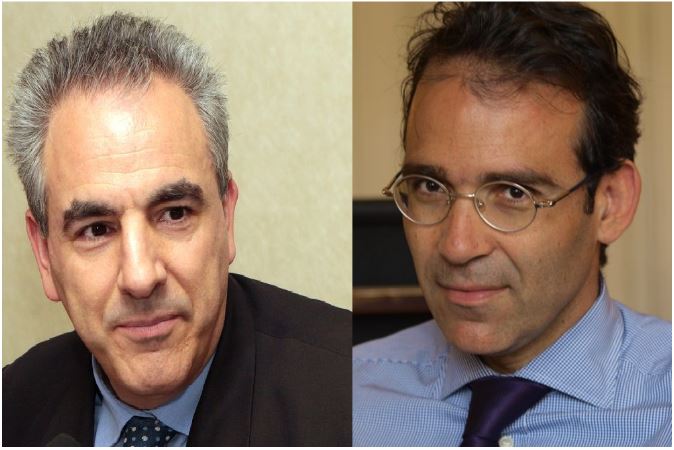 The Hellenic Foundation for European and Foreign Policy (ELIAMEP) congratulates Thanos Dokos for his appointment as Deputy National Security Adviser to the Prime Minister.

The Board of ELIAMEP has appointed Professor George Pagoulatos, until now Vice-President of the Board, to become the new Director General of ELIAMEP. George Pagoulatos is a Professor of European Politics and Economy at the Athens University of Economics and Business, and visiting professor at the College of Europe in Bruges. He has served as director of strategy and senior adviser to Prime Ministers L. Papademos and P. Pikrammenos. He holds a doctorate from the University of Oxford, where he was a Rhodes scholar, and was a postdoctoral fellow at Princeton. He has published extensively in academic outlets and the press.

Loukas Tsoukalis, President of the Board of ELIAMEP, said:

“Thanos Dokos has just been appointed Deputy National Security Adviser and resigned from his post as Director General of ELIAMEP. He has worked with us for more than 20 years, fifteen of those as Director General. We are extremely grateful for his valuable contributions. He has been a role model for young researchers and the staff of ELIAMEP with his open mindedness and sharp thinking, his integrity and civility. He was always an excellent ambassador for ELIAMEP and his country, honest, well informed, and without prejudice on the most sensitive aspects of foreign policy. We wish him all the best in this new and important mission he undertakes.

He is succeeded in the post of Director General by Professor George Pagoulatos, who hardly needs an introduction to the ELIAMEP family and beyond, having been a member of the Board of Directors since 2013 and Vice President this  past year. One of the most distinguished Greek social scientists, with an expertise in European political economy, George Pagoulatos enjoys international recognition and is very active in public debate. He assumes this strategic role at a time when ELIAMEP is undergoing a phase of renewal, seeking to further strengthen its presence within Greece and beyond. Our basic guiding principles remain unchanged: independence, documented knowledge, and openness to the outside world, always with an emphasis on Europe.”