We stay in Europe 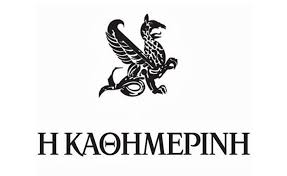 In these difficult days we are living, days that will most probably determine the course of our country for decades to come, let us take stock of what has happened in recent months. The new government was elected on promises that had absolutely no hope of being realized (you may tell me they are not the first ones to make such promises, and alas you would not be wrong). When it came to power, it began negotiations with our partners and creditors with some solid arguments in its armoury referring to the non-sustainability of the debt and the negative consequences of a long and excessive austerity. In the beginning, such arguments found wide support both at home and abroad. The new government managed, however, to destroy everything with a lethal combination of arrogance and the diplomatic grace of an elephant. Uniting the other 18 countries of the Eurozone against you, especially at the level of finance ministers, is an accomplishment that guarantees you a place in history. Are we the only ones in the right, and everybody else against us? This is how paranoia begins..

There is now a critical mass of powerful political and economic actors in Europe who believe that Greece should be driven out of the Eurozone and who also believe that the cost of Grexit would be easily manageable for the rest. For us Greeks, they propose to offer humanitarian aid as they do to countries that have suffered a major catastrophe. The category of those who want Greece out of the Eurozone includes the dogmatic believers in austerity, those who would like to use the present Greek government as an example to avoid, and generally all those who are now convinced that the country cannot fulfill the requirements of membership of a well-functioning currency union. This category has grown in recent months as the result of the irresponsible policy of the government. On the other hand, the proposals that Greece’s creditors put on the negotiating table suggest that they have hardly learned anything from the mistakes of the past. Unfortunately, the dogmatism of those who are now calling the shots has been reinforced by our own irresponsibility.

The question to be put to voters in the referendum is clearly misleading – and that is meant as an understatement since one could also talk about a deliberate attempt to deceive the Greek people. The real issue at stake is not the proposal of the creditors, which anyway is no longer on the table; it is instead about Greece’s continued membership of the Eurozone. The present government will not strengthen its negotiating power with a ‘No’ in the referendum, because it has run out of both time and credibility abroad, while the Greek banking system has already suffered injuries that will be difficult to heal. As for those who see the future in a return to the drachma, one of the questions they need to answer is with what kind of institutions and people they envisage the transition back to the national currency, a transition that would constitute a very challenging task for countries with strong institutions and experienced politicians: precisely what we do not have today.

Even at the very last minute, I hope there will be some compromise with our European partners in order to avoid the referendum, a deep polarization of Greek society and economic disaster that could follow down the road. Alas, I know this is not a very likely prospect. But if we are finally led to the polls, we must say a resounding ‘Yes’ to Greece’s European future, essentially refusing to answer the specific question being posed to us, because it is a false question. And the day after, we should pick up the pieces and begin the process of reconstruction, but not as we did before. Unless we draw some hard lessons from the accumulated mistakes of several decades, those mistakes that have brought our country to where it is today, there will be absolutely no hope for the future.

Translation from an article published in the Greek daily, Kathimerini, on 30 June 2015.