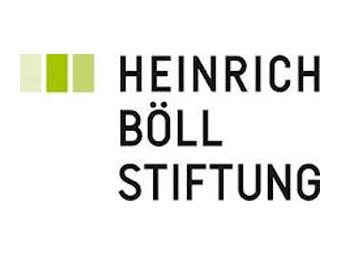 There is no doubt about it: Tsipras proved a real master of the political game. His gamble paid off. In fact, whether by accident or by design, he won more than he staked: a clear victory, following Syriza’s spectacular policy U-turn on ending austerity; a clear mandate to proceed with the implementation of the third bailout programme; the failure of the far-left, anti-memorandum Syriza rebels, who formed Popular Unity, to gain representation in parliament; a new round of turmoil and introspection that the centre-right New Democracy, Syriza’s main political rival, has already entered; the ‘legitimation by association’ of the unholy alliance with the small, right-wing Independent Greeks; even a return to the throne of Europe’s far-left anti-austerity movement.

By winning 35.46 percent of the vote- a percentage that was practically unchanged from that of the January 2015 elections (36.34 percent) – Tsipras defied the predictions of analysts and the calculations of pollsters which consistently placed Syriza and New Democracy neck and neck, right up to the finishing line. During the election period, the question that made the rounds was ‘what, if anything, could these elections decide’. After all, the third bailout programme had already been signed, two sets of ‘prior actions’ had been legislated, and Tsipras’s capitulation was final. In parliament, the overwhelming majority of Greek members had affirmed the preference of the people for a continued eurozone membership. Tsipras single-handedly gave the answer and defined what was at stake: the elections were about implementing the Memorandum in a way that re-distributed burdens, and protected the most vulnerable – not the investors and the vested interests. These elections, in Tsipras’s words were about ‘sweeping away the old’, the corrupt establishment that was primarily responsible for bringing the country to the brink.

Tsipras was and successfully remained a poster boy for the ‘new’. Interestingly, his seven-month term was marred by ‘old’-style scandals, his appointments reeked of nepotism and of returning party favours, his policies re-instituted clienteles that had been contained. The electorate failed to notice, another indication of his omnipotence. In fact, it rewarded him for vouching, if he got re-elected, ‘not to collaborate’ with the ‘old’. Prior to calling the elections however, he had repeatedly capitalised on the support of the ‘old’ parties and To Potami to pass through parliament his bailout, as he had lost his parliamentary majority over it.

Not that the tremendous triumph was not somehow tarnished by the unprecedented rate of abstention- approximately 45 percent of the voters chose not to cast their vote, in a country where voting is supposed to be compulsory. Election after election, voters have appeared to abandon themselves to a politics of apathy and disillusionment, considering that abstention rates have steadily been on the rise and have certainly spiked from 2009 onwards.  Equally worrisome was the further ascent of the fascist Golden Dawn: its anti-immigrant stance at a time when Greece is facing an astute refugee crisis and its strategy to posture as a stable opponent of austerity resulted in a third place.

In his first term in office, Alexis Tsipras played the role of ‘rebel’ effectively, even if with abysmal results: a shattered economy, near-record unemployment, broken banks and crippling capital controls. He was still rewarded for ‘standing up’ and for proving a ‘tough negotiator’. He is now called upon to play the role of ‘leader’, overseeing implementation of a three-year EUR 86 bn ESM programme. Even if this is his programme, and even if he just renewed his mandate to implement it, transitioning from ‘rebel’ to ‘leader’ will be fraught with risks. The question is: can he bring a better deal?

Tsipras is expected to demonstrate full programme ‘ownership’, where his predecessors were allowed to be economical with implementation, picking and choosing measures à la carte. This is the only way to build up credibility and good will, both necessary given the state of the economy, Greece’s lack of access to the markets and a long implementation period. Tsipras, however, has repeatedly argued that he does not believe in the programme of tax increases, spending cuts and market reforms mandated by the creditors. He has indicated – and voters have taken note of it – that this is not the final deal, that there is room to cushion the impact on the most vulnerable.

The reality is, of course, starker. The deal is laced with conditionality and a renewed energy on the part of the creditors to follow it to the letter. Under the terms of the ESM, each disbursement of a sub tranche (first tranche to be disbursed is 26 billion euro and is divided in sub tranches A and B) is subject to compliance with prior actions. The new government is called on to pass through parliament a final set of prior actions before the remaining funds of sub-tranche A can be disbursed. Extend and pretend will no longer do, as the government faces the moment of truth: it must proceed with a further reform of the pension system, whose viability depends on additional large-scale savings, and a new collective wage bargaining framework. The first review of the programme, which begins in October, coincides with the adoption of a supplementary 2015 budget, the draft 2016 budget, a 2016-19 Medium-Term Fiscal Strategy, and firm moves towards banking recapitalisation: following the completion of the asset quality review and a forward-looking stress test for the banks, capital shortfalls will have to be addressed by end 2015. Recapitalisation via bail in- the Bank Recovery and Resolution Directive becomes effective on the 1st of January 2016 – will further knock confidence in the banking system and adversely affect households and corporations.

This is not an insignificant ‘test’ and Tsipras might find himself, right from the start, between a rock – low commitment, missed programme targets, programme derailment- and a hard place – creditors’ financial squeeze and even a resurfacing of Grexit from some Eurogroup drawer. For better or worse, national consensus will, yet again, become scarce. Greece is lacking a consensus-dominated political culture; with the ‘safety’ of having a firm bailout programme in place, which in turn ensures eurozone membership, even the pro-European parties, New Democracy, PASOK, and To Potami might opt, with a view to derive future electoral gains, to use their vote tactically. Tsipras can hope that, given the electoral fate of the Popular Unity rebels, party discipline will be on the rise and defections kept at a minimum. A re-surfacing of factions, however, particularly those boasting cabinet members, eager to parade their convictions and influence outcomes, cannot be a priori ruled out.

The truth is that neither Tsipras nor Greece’s creditors have managed to come up with a better deal. Following six years of ‘adjustment’, which saw nominal GDP fall by around 25 percent and debt-to-GDP reach 180 percent, a better deal would be built around a plan for growth. The latest Memorandum of Understanding however is short on measures to strengthen, at the very least, economic activity. Equally, the investment framework that is proposed lacks clarity, while the privatisation goal of EUR50bn (part of it will be directed to investment) will not be readily achieved, given past efforts. What is more demoralising however is that, after two bailout programmes and the recent agreement on the third one, a national plan for growth is yet to be made.

Greece’s creditors can readily attest that the seven-month chaotic governance of the previous Syriza-Independent Greeks administration and the futile, if not Beckettian brinkmanship on display, pushed Greece to the brink of eurozone exit. The problem is that they are much slower in comprehending their own mishaps and omissions, let alone to ‘own’ them. As a result, there is a real danger of over-playing Greece as a ‘special case’ and exerting unnecessary and painful adjustment.

The third programme rests, like the previous ones, on overly sanguine projections, unrealistic targets and a front-loaded consolidation that is unlikely to fully offset the short-term adverse impact on economic activity. Greece’s creditors appear unable to comprehend that this punishing logic has already failed to work twice. Regardless of whether the new government exhibits policy resolve, commitment or ‘genuine ownership’, a further deterioration of the Greek economy is to be expected – given the severe policy slippages of the first half of 2015, the imposition of capital controls at the end of June 2015 and the severe liquidity shortage in the Greek economy. While struggling to keep the budget and state-asset sales on track, the creation of yet another vicious circle of economic recession, restrictive policies, and social turmoil, might re-ignite resistance to the programme among the Greek electorate and spike both reform fatigue and implementation risks. Tsipras will play the anti-systemic card, combating the ‘oligarchs’ and cutting down on ‘corruption’. Policy resolve however needs to be matched by institutional capacity and building it up in a short period of time is an impossible feat. The real challenge will be to create sufficient fiscal space to create pockets for economic growth and counterbalance the social costs incurred by the most vulnerable.

Investors and the business community have, in any case, bet on Alexis, at least in the short-term. The more radical, anti-Memorandum elements of Syriza have either left or, following the leader’s personal victory, have been contained. A Syriza-Independent Greeks government can proceed with the difficult reform agenda, withstanding and absorbing EU pressure on the one hand and attacking vested interests on the other. If the government can demonstrate even a modicum of successful programme implementation, it will be difficult for the opposition parties to vote against it in parliament.

Building trust should not be a unilateral process. Greece’s creditors have repeatedly withheld delivery of meaningful debt relief. This time around, they have made it contingent on successful implementation of the first programme review. For the Greek side, debt relief is ‘on the table’, what Tsipras got in return for his conversion. It is also the front where he intends to deliver his ‘first crucial battle’. Early positive signalling or an automatic ‘go ahead’ might cause, sceptics argue, a slow-down of the Greek appetite for reform and trigger the concomitant cry of moral hazard. Conversely, it can strengthen Tsipras’s hand domestically, working positively as a ‘reward’, while giving him the political capital to proceed with a series of difficult reforms.

Continued or renewed reluctance on the part of creditors equals to brushing the critical issue of debt sustainability under the carpet. This, however, is an impediment to attracting much needed private investment in the country and, consequently, an impediment to bringing down the country’s jobless rate, set to remain well above 25 percent for a fourth year in 2015.  In this respect, it undermines the very programme that is about to start being implemented. It also undermines IMF participation, which has made debt relief a pre-condition for its participation to the programme.

Tsipras has secured a clear mandate to implement the third, harshest, and most punitive bailout programme. The fact that he is the same Prime Minister who was entrusted, seven months ago, to ‘tear up all bailout programmes’ speaks volumes about his hold on the Greek people, those who turned up to vote. In a country that has gone through five general elections in six years, Tsipras is here and intends to stay.

Will the Greek crisis return? Will Tsipras be able to stave it off? The road to national dignity is paved with good intentions and even better proclamations. Tsipras said that the country can recover from its crisis ‘through tough work’. He should have said through growth. Completing the bank capitalisation process, lifting capital controls, creating a better business environment to attract investment, all constitute a credible start. This will not be enough. The worst part in the kind of ‘adjustment’ pursued over the last six years is that Greeks have resigned to a bleak future, where there really seems to be no alternative. Greece’s partners and Greece’s leaders should start from there, restoring faith in what it takes to belong to an imperfect Union of equal members and whether it is worth taking it.

This analysis was published on the website of Heinrich Boell Foundation.