Interview on the Dayton Agreement: The 25th anniversary of its signing and the end of the Bosnian war 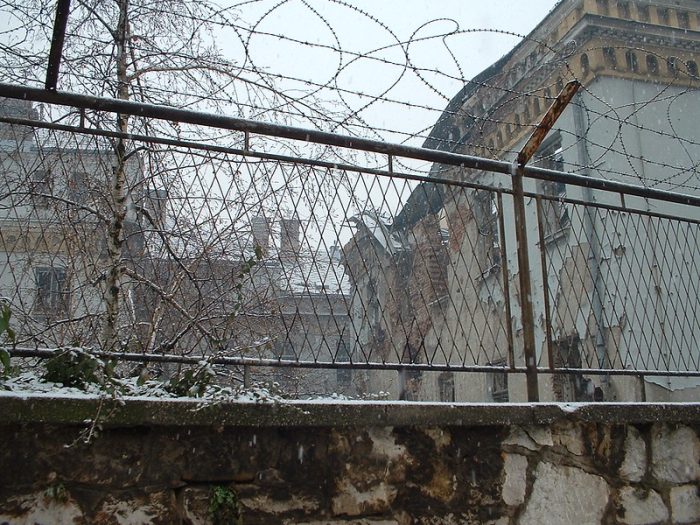 The Dayton agreement, as it is usually said, has been really good to put an end to the war (…) but it has also been bad for the state to function during a period of peace. To make all conflicting sides feel that they are all ruling and co-deciding has created a very “heavy” administrative structure. There is a very decentralized administration, which does not allow decisions to be taken by the state but rather by subnational decentralized authorities. [These authorities] create a nonfunctional structure that is too expensive and bureaucratic; thus, the country does not have a future where there would be a proper master plan for all of its problems, at least at a level of public policies”, stressed Ioannis Armakolas in his interview on December 14th with Athina 9,84fm and journalists Athina Korlira and Alexandra Voudouri, marking the 25th anniversary of the signing of the 1995 Dayton Agreement in Paris.
Dr. Armakolas also talked about the international community’s controversial role during the war in Bosnia, despite the ethnic cleansing, the immense human cost, as well as the extensive destruction of cultural monuments which were predominantly ottoman mosques by Serbian forces. He further explained the dysfunctionalities of today’s Bosnia-Herzegovina, as created by the Dayton agreement, and discussed the potential for additional challenges in the future.

You may listen the interview in Greek here at 40:28.