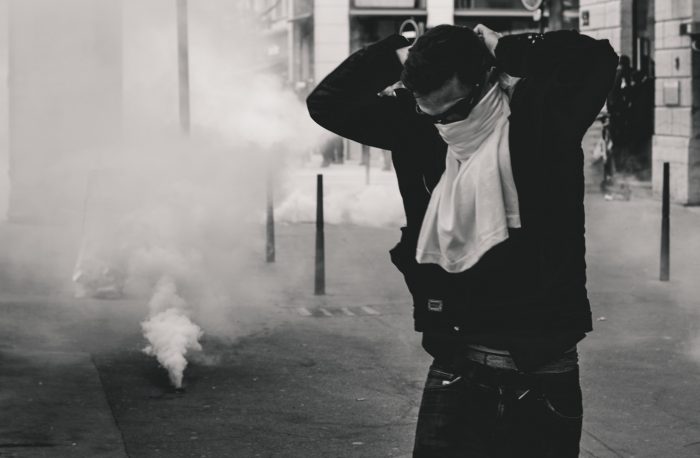 “We have to realize that in the 21st century there is no room for the utopian definition of violence as the mother of history. Violence is not not an abstract idea, it is a harsh reality. Molotov cocktails injure fatally and can kill. The same stands for sticks and stones. The collection of weapons and ammunition with a purpose to carry out violent action should not be considered a cultural event or a revolutionary utopia. Freedom of expression is the backbone of democracy and it is entrenched in its fundamental charter. Democracy respects the freedom of even a single person to react. Democracy simultaneously is the harsh and legitimate response to violence. Democracies respect and allow minorities to express themselves, but they do not allow the enforcement of the will of violent minorities. The basic rule of democracy is that reaction should not be expressed through stones and bombs,” concludes Triandafyllos Karatrantos in his article for the newspaper TA NEA.