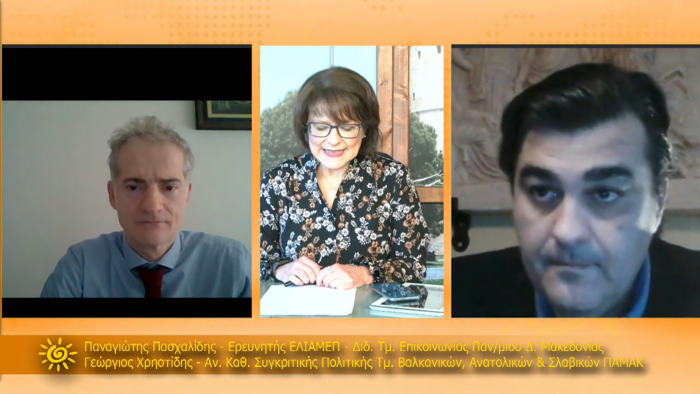 Yorgos Christidis, Associate Professor at the Department of Balkan Studies of the University of Macedonia, and Panagiotis Paschalidis, researchers at the South-East Europe Programme of ELAIMEP, presented the report “Broadening Multi-level Connectivity Between Greece and North Macedonia in the Post-Prespa Environment” in an interview with journalist Dimitra Makri. They discussed extensively the findings and the policy recommendations of the report in various fields such as the government level, energy, business, transport as well as the Thessaloniki Port. This was the second joint report with the think tank Analytica from Skopje (North Macedonia) and the sixth in the context of the programme “Confidence Building Measures between Greece and North Macedonia” which has been funded by the Swedish Ministry of Foreign Affairs since 2016.

You can watch the broadcast here, in Greek.