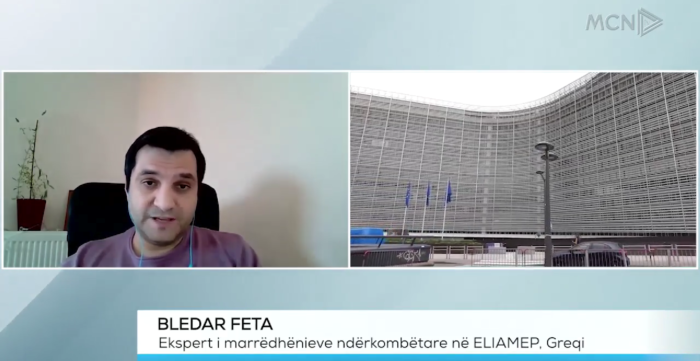 During the recent visit by Greek Foreign Minister Nikos Dendias to Albania, Bledar Feta spoke to the journalist Andon Kello on Albania’s MCN TV about the positive climate that has emerged of late between Greece and Albania as a pre-requisite for resolving outstanding bilateral issues.

Feta referred, among other things, to the two states’ joint decision to refer the delimitation of their Exclusive Economic Zones (EEZ) to the International Court of Justice in The Hague, stressing that “This issue, which has put significant strain on relations between Tirana and Athens, should be resolved before the start of accession negotiations between Albania and the EU”.

He also referred to the issues of concern to the Albanian community in Greece, noting that “many of these issues have been neglected by both sides”. However, he went on to say that “the fact that Albanian immigrants’ pensions have been included on the bilateral agenda is a step in