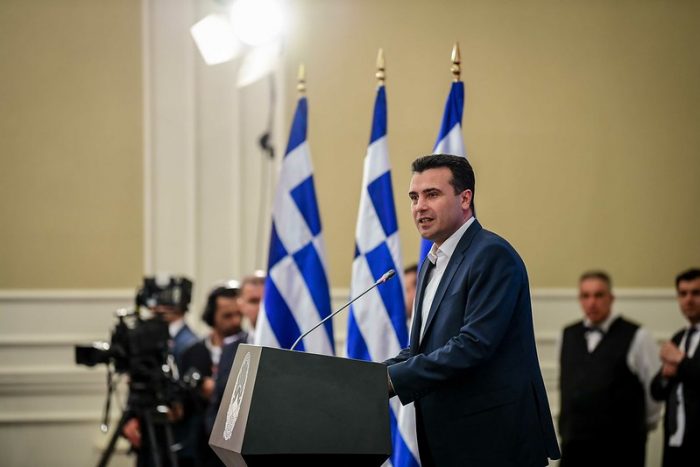 In the wake of the recent political crisis in North Macedonia, Ioannis Armakolas analyzes the “missed opportunities” for diplomacy in the Balkans.

He stresses inter alia that:

“With the Prespa Agreement, with which, let us not forget, Athens achieved more concessions than in any other negotiating round over the name dispute, North Macedonia’s leadership has shown that it trusts Greece to guide it along the difficult path to accession to the Euro-Atlantic institutions. North Macedonia has shown that it, perhaps along among the Balkan nations, has taken at face value Greece’s declarations about its being a truly European force that could lead the region. Because we Greeks have, of course, since the end of the Cold-War, held a self-deceiving view about our purported leadership role in the Balkans. However, the truth is that, with the exception of a short period of significant initiatives in relation to the Europeanization of the Balkans and the famous EU Summit of 2003 in Thessaloniki, our actual role in the region, as well as the role attributed to us by the Balkan peoples, has never corresponded to our perception of our own importance in regional affairs”.

“With the start of EU accession talks blocked yet again, North Macedonia’s leadership has realized that Greece’s support amounts to little in practice. Any EU member state has the power to block the accession process of candidates, even if they are fully prepared for the next stage. And Greece itself may not have considered the issue of North Macedonia important enough to raise it diplomatically with its close ally, France, and neighbour Bulgaria, the countries primarily responsible for the block.”

“For almost three years, Skopje has heard Athens asking over and over again for the agreement to be implemented without deviations. And this while Greece continues to neglect its own obligations, and to pay more heed to the impact of these obligations on domestic public opinion than the message neighbouring nations might take on board from such policies.

“Whatever the outcome of the political crisis in North Macedonia, the misfortunes of the Skopje leadership, which sought to invest politically in friendship with European Greece, will leave a bitter aftertaste for observers of Greek foreign policy. The story of opportunities missed by the Greece leadership in the region will definitely not go unnoticed by the remaining Balkan leaders.”