Bulgaria blocks EU membership talks with North Macedonia – An interview with I. Armakolas 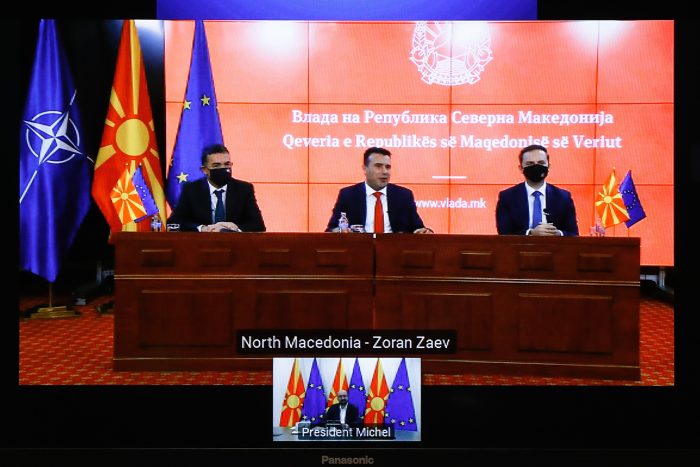 “Questions of identity, and especially those related to the interpretation of recent history should enable cooperation instead of being reasons for a member state to ‘block’ EU membership talks, even before the European perspective of an EU candidate unfolds, even before it begins its negotiations, and especially since these may last for as long as a decade; thus, giving enough time for both to reach a common solution. These exact issues have currently led to a difficult and deadlocked situation that is absolutely limiting the choices for both countries,” said Ioannis Armakolas in his interview with Athina 9,84 FM on Bulgaria’s decision to block the start of EU accession talks with North Macedonia.

Ahead of the EU General Affairs Council on Nov. 17, Armakolas explained in detail the reasons behind Sofia’s choice to block the beginning of EU membership talks with Skopje, as well as the consequences and the dangers of this decision for North Macedonia and the wider region. According to him, the choice of one EU member state to raise issues especially related to the interpretation of recent history, a choice clearly dictated by national interests and for domestic political reasons could eventually open a ‘Pandora’s Box’ for all the Western Balkan candidate countries as well as the EU member states. Armakolas also stressed that the ‘crisis’ of North Macedonia’s European future, as well as of the Western Balkans in general, could certainly provoke negative consequences for Greece.

You may listen to the interview in Greek here.