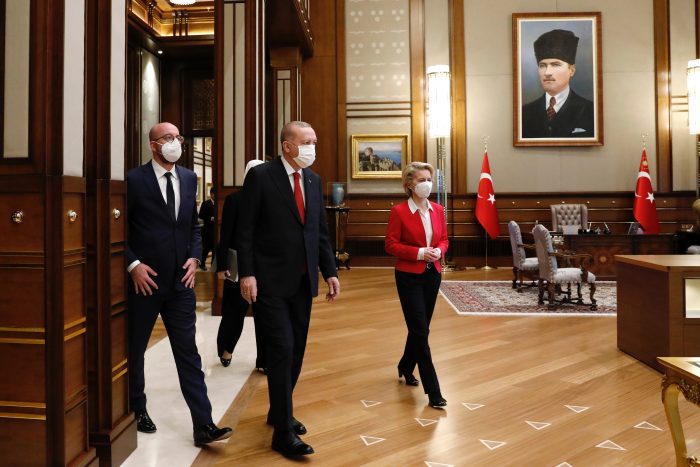 Politico writes that “Eliamep has a new, sobering report out (“Turkey, a problem partner?”) on the state of play of relations. The report would be a helpful vade-mecum for the EU presidents: it lists every single area where the EU, the US, NATO and Turkey’s neighbours have issues”.

Politico also includes an extensive interview with George Pagoulatos on European Commission President Ursula von der Leyen and European Council chief Charles Michel’s visit to Ankara. In it, the Director-General of ELIAMEP notes that “They must not lose credibility and they must not allow Erdoğan to divide the EU”, adding “Show that Europe is no pushover. It may be made up of a lot of interests—interests that sometimes do not align, it may be a slow ship to turn, but make no mistake about it, it cannot be pushed around, bullied, manipulated and ultimately undermined”.