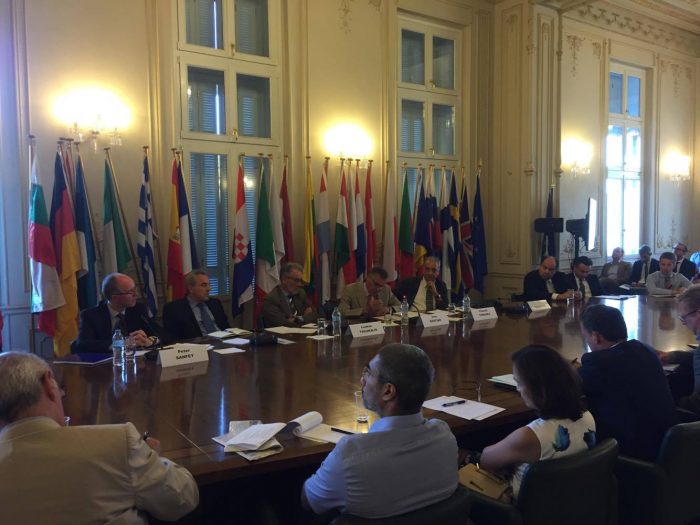 Seen from a southeast European perspective, the BRI has major repercussions in countries as diverse as Greece, Serbia, FYR Macedonia and Bosnia and Herzegovina. Port infrastructure, highway projects, high-speed railway links and thermal power plant renovation form the constituent elements of the BRI in southeast Europe.

The report – written by the independent economic analyst Dr. Jens Bastian – was commissioned by the EBRD in London. It was presented and subsequently made available as a public document on Thursday, 14. September 2017. On the invitation of the South-East Europe” and the “Asian Studies” Programmes of ELIAMEP, Dr. Jens Bastian presented the report at the Office of the European Parliament in Athens.

Dr. Peter Sanfey, Deputy Director for Country Economics and Policy at the EBRD made introductory remarks.