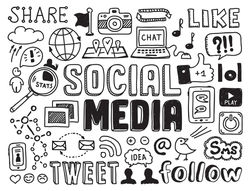 The linkage of social media to public mobilization has been a debatable issue in the literature of political communication. There are, for example, scholars who consider the revolts in the Arab states – known as the “Arab spring” – as the “facebook spring” and others who reject this view. The debate is synthesized around the question: Do digital tools enhance democracy and if this is the case, in what ways? To elaborate on this the Hellenic Foundation for European  & Foreign Policy (ELIAMEP) and the Embassy of the Federal Republic of Germany in Athens organized a panel discussion on:

The event started with a welcome address by H.E. the Ambassador of the Federal Republic of Germany in Athens, Dr.Roland Wegener. Introductory remarks by Dr. George Tzogopoulos (Bodossakis Post doctoral fellow, ELIAMEP) followed

The discussion took place on Thursday 10 November, at 18.30, at the Byzantine and Christian Museum, 22, Vas. Sophias Ave.

It is a common understanding that while social media do play a significant role in altering the nature of communication and news formation on the web, they cannot be characterized in their own right as ‘bearers’ of democracy. Their function as tools, which provide the means to increase information flows, communicate or even mobilize users, is undeniable. Nevertheless, it would be far too simplistic to argue that platforms such as facebook or twitter are the main reason that a revolt or any kind of mobilization take place, or even that without these tools they would not have occurred.

As tools of communication, social media are used in multiple ways and have infiltrated fields that had been considered as privileged areas of journalism in the past. Online platforms are used today by politicians, government agencies and political institutions as official channels to transfer information and exchange views with citizens. They are used as sources of information by journalists, they can multiply the readership of journals, act as alternative advertising mechanisms for private enterprises or, in their more fundamental use, function as a means of communication between private users or networks. The significance of such platforms as well as the extent of their infiltration in the world of communication is unquestionable. Arguably, they offer a new arena for political participation expanding further the traditional barriers of the “public sphere” creating the so-called “network public sphere” where public opinion formed through a bottom-up process has, potentially, more opportunities to influence the political agenda.

Nevertheless, such characteristics cannot lead to the conclusion that social media enhance democracy merely due to their ability to spread ideas. First, social platforms create rather “loose networks” that do not provide the conditions, which by themselves lead to social mobilization or to the formation of new ideas. Second, they are not representative of the entire society since users are mainly located among younger age groups, while their actual number remains rather limited compared to the actual population of a country. Finally, social media continue to be tied to the ‘laws’ that govern and control the information flow of the entire web, an element that raises further questions both on the availability and the credibility of information networks.  Even if it is true that part of the political action has become digital, we have not entered yet the era where technology functions as the single platform for politics and the social role that internet may play does not, in itself, lead to political mobilization and action.

Click here to watch the video of the event.