Conference Conversation: “The European Citizens’ Panels and the future of democracy in the EU” 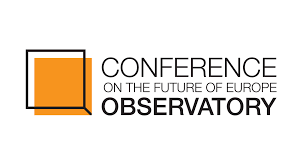 The eighth edition of Conference Conversations, an interactive, online talk show that tackles key issues and questions related to the Conference on the Future of Europe in the framework of our Conference Observatory project.

On 12 December, the Conference’s 2nd European Citizens’ Panel concluded its third and final session in Florence by adopting citizens’ recommendations on European democracy, values, rights, the rule of law, and security. Once all four Citizens’ Panels have deliberated in the next few months, citizens’ ideas and proposals will be discussed in the Conference’s representative body, the Plenary.

What are the main proposals put forward by the 2nd Panel? How were they formulated and how are they likely to be taken forward by the Conference Plenary and the EU institutions? Can this Panel – and the remaining three– be considered a successful exercise in citizens’ participation? Will they make a difference for the outcome of the Conference and for how we practice democracy in Europe in the future? We look forward to discussing these and other questions with you and stakeholders involved in the Conference on 16 December.