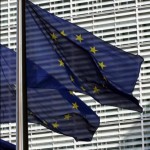 The Conference took place in the European Parliament building in Brussels on 25-26 May.